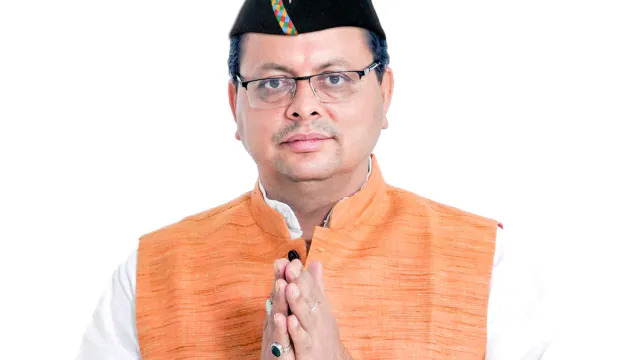 Chief Minister Pushkar Singh Dhami will take oath of legislature on Monday, June 13. The budget session of the Vidhan Sabha will begin on June 14. Speaker Ritu Khanduri will administer the oath, preparations for which have been completed.

Chief Minister Pushkar Singh Dhami will take oath as MLA in the Vidhan Sabha on Monday. The Assembly Secretariat has completed all the preparations for the swearing-in ceremony being held a day before the budget session. Chief Minister Dhami was defeated in the 2022 assembly elections from Khatima seat.

Speaker Ritu Khanduri will administer the oath to him in the House.It is known that the budget session of the Vidhan Sabha is starting from Tuesday, June 14.During the session, along with passing the state budget, many legislative works have to be done by the government.

Agenda of the House will
be decided Assembly Speaker Ritu Khanduri said that a meeting of the Business Advisory Committee has been called in the Vidhan Sabha on Monday, in which a strategy will be prepared regarding the work to be done in the House. He said that in the meeting of the Business Advisory, the legislative work to be done in the budget session will also be stamped.

A meeting of party leaders has also been called in the assembly on Monday itself, in which efforts will be made to make a consensus to conduct the budget session peacefully.Assembly Speaker Ritu Khanduri said that during the budget session of the Legislative Assembly, along with legislative business, an appeal will be made to all the parties for peaceful conduct of other business.

Legislature party meeting at CM residence
Before the budget session, the Bharatiya Janata Party has called a meeting of BJP MLAs in the Chief Sevak House on Monday. Parliamentary Affairs Minister Premchand Agrawal said that a meeting of the BJP Legislature Party will be held in the Chief Sevak House on Monday evening. In which necessary guidelines will be given to the party MLAs regarding the budget session.