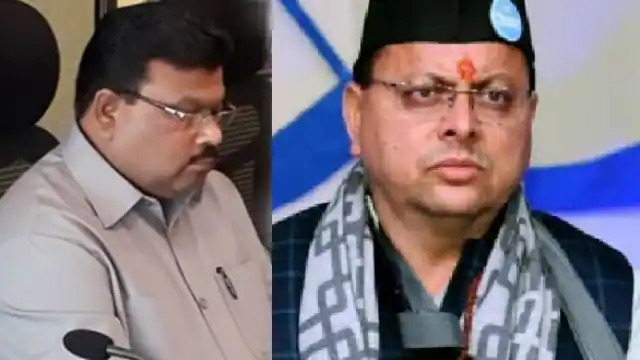 Taking strong action against corruption, CM Pushkar Singh Dhami suspended IAS Ram Vilas Yadav. During this period he will be attached to Personnel Department. On Wednesday, after the approval of Chief Minister Pushkar Dhami, Secretary Personnel Shailesh Bagoli has ordered the suspension of IAS Yadav. Additional Secretary Agriculture and Horticulture Rambilas Yadav is retiring this month on June 30.

Yadav is accused of acquiring disproportionate assets.During the formation of Uttarakhand, PCS Rambilas got the Uttarakhand cadre, but against its allotment, many PCS officers including Yadav filed a petition in the Allahabad High Court.After this the matter went to the Supreme Court and the court dismissed the petition of PCS officers and ordered them to join the allotted cadre.

Meanwhile, Yadav was promoted to the IAS cadre in UP itself. After joining Uttarakhand in the year 2017, apart from the Secretary of the Public Service Commission, he has also seen the Additional Secretary, Rural Development and Social Welfare Department. IAS Yadav is on leave since the raid. After being suspended before retirement, now his problems have increased. It is known that the Dhami government has earlier suspended two senior IFS officers after receiving serious complaints against them.

Retirement is on 30th June,
Additional Secretary Agriculture and Horticulture Rambilas Yadav is retiring on 30th June this month. The government has taken strict action against IAS Yadav eight days ago. On June 11, Vigilance raided Yadav’s places in Dehradun and UP. Vigilance has claimed that in the raids, huge assets have been found with the IAS and relatives. It is known that during the Akhilesh Yadav government in UP, Rambilas was posted on many prize postings.