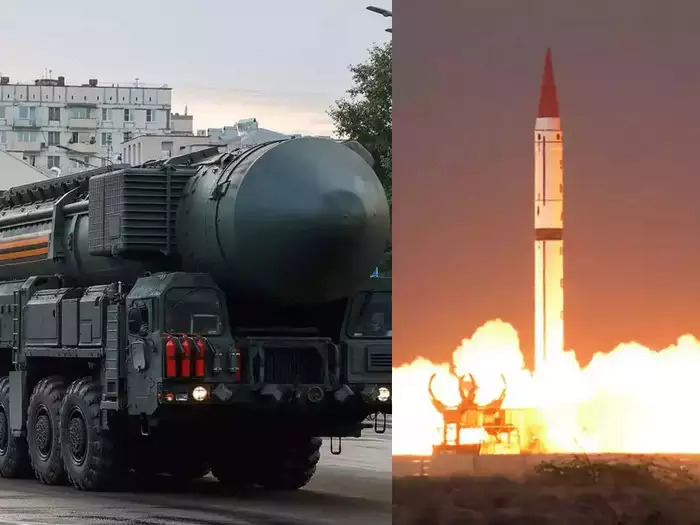 Global Nuclear Arsenals Russia Ukraine War: For the first time after decades, the risk of war with nuclear weapons has increased worldwide. The reason for this is the Russo-Ukraine war and the increasing aggression of China. Both the enemy countries of India are constantly engaged in increasing the number of nuclear weapons and their destructive capability very fast.

The threat of nuclear war increased in the world after decades.

“The consequences are dire if nuclear-weapon countries grow on Russia’s path,”

said Sipri director Wilfried Van, “all nuclear-armed nations in the world are either increasing the number of their atomic bombs, or are upgrading them.” Most of these are intensifying the role of atom bombs in their nuclear rhetoric and their military strategy. He said, ‘This is a very worrying trend.’ It said that Russian President Vladimir Putin put his nuclear force on high alert three days after launching the attack in Ukraine.

Wan warned that if more countries move in Russia’s path, the consequences will be as dire as you have never seen in its entire history. Russia is the world’s largest nuclear power and has a total of 5,977 nuclear warheads. This is 550 more than the US. Both Russia and the US have 90 percent of the world’s nuclear weapons. In this report, a frightening warning has also been given about China. China is now rapidly increasing the number of its nuclear weapons.

China and Pakistan’s nuclear bombs increased India’s tension
According to the latest estimates, China is building 300 new missile silos. In January 2021, the number of nuclear weapons was 13,080, which has now come down to 12,705. It is estimated that 3,732 warheads are deployed in missiles and aircraft by nuclear weapon states. Out of this, close to 2000 are from Russia or America. All these nuclear bombs have been kept on high alert which can be used at any time. Stefan Lofven, chairman of the board of Sipri and former Prime Minister of Sweden, said that relations between the world’s superpowers are on the path of continuing decline.