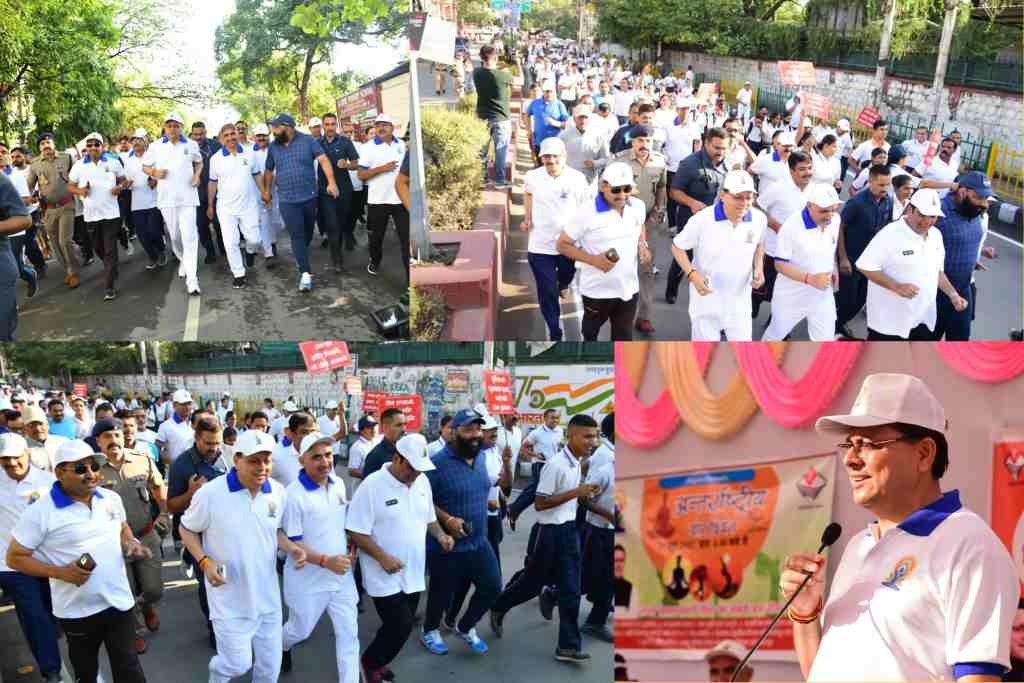 CM Dhami ran on the roads of Dehradun, know what was the matter

Chief Minister Pushkar Singh Dhami gave a message of awareness to the youth and public about Yoga by participating in the run organized from Ghantaghar to MKP Chowk under the “Run for Yoga” program on the first day of International Yoga Day on Monday.

Chief Minister Pushkar Singh Dhami said that to keep both body and mind healthy, benefits can be obtained by including yogasanas in regular routine. He said that the practice of yoga unites the body, the breath and the mind. Along with yoga, the body, thoughts are always healthy, positive, he remembered his childhood after seeing the NCC youth leading the race. He urged everyone to celebrate International Day of Yoga as a festival.

Chief Minister Pushkar Singh Dhami said that Dehradun city is one of the major cities of the country, with its cleanliness, we can give a positive sign towards the environment in the whole country. He said that Clean City, Green City, this is my dream city for you all to join and make your city beautiful and clean, during this time he described cleanliness as a participatory work. He said that we will develop Dehradun city by coordinating ecology and economy.

Chief Minister Pushkar Singh Dhami said that the state of Uttarakhand is touching new dimensions of development. He said that today the courtyard of Kedarnath has taken a divine grand and new form, along with this the master plan of Badrinath Dham has also been started. He talked about making Uttarakhand the best state in every field for the coming 25 years, and making Uttarakhand self-sufficient.