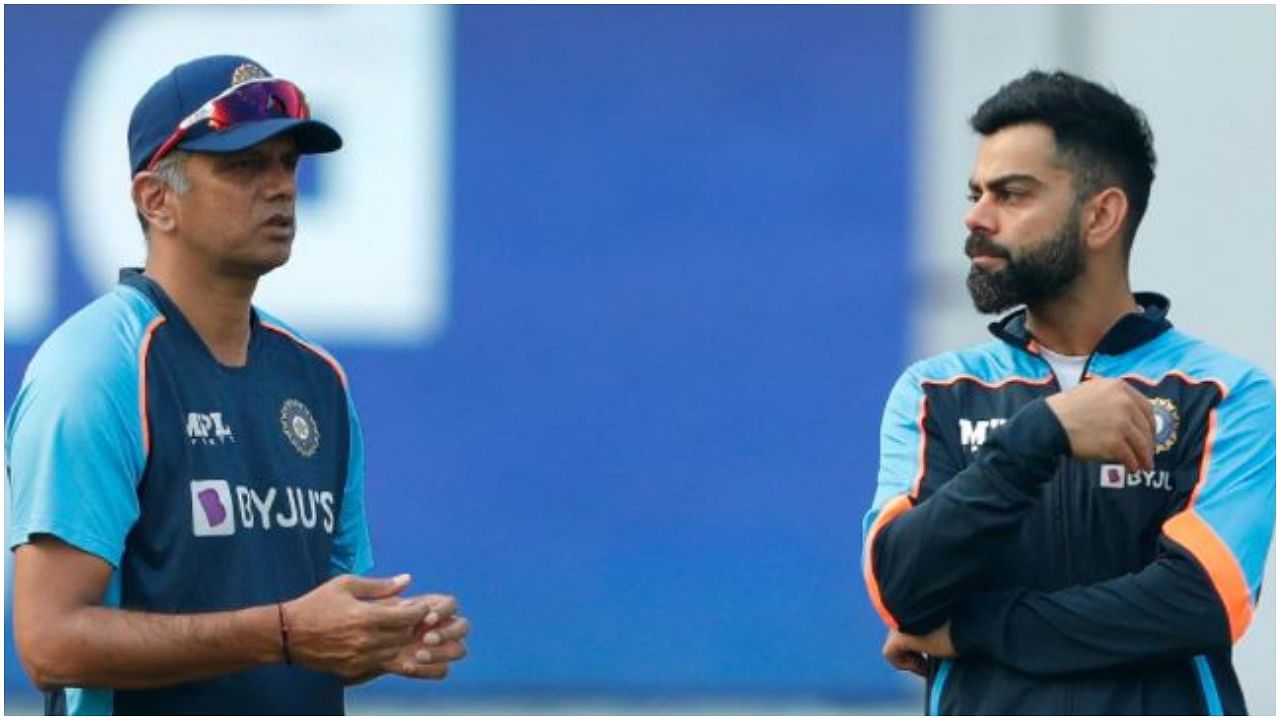 In the second test played between India and South Africa, Team India captain Virat Kohli was ruled out due to injury. The command of the team was in the hands of KL Rahul and in the second test, Team India had to face a crushing defeat by 7 wickets. Now the series between both the teams is tied at 1-1. Team India coach Rahul Dravid was doing a press conference after the defeat. During this, questions were asked about Virat Kohli.

During this, Dravid has given updates on Kohli’s injury and his fitness. He said, ‘The way Kohli is practicing in the nets, he looks fit. Though he hasn’t discussed it with the physio as of now, but from what he’s been hearing and talking to him, it seems that the Indian Test captain is fit.

Dravid’s statement clearly shows that Virat Kohli can be seen making a comeback in the third and final Test of the series to be played in Cape Town.

India’s first defeat in
Johannesburg This was the first defeat of the Indian team in 29 years at the Wanderers Stadium in Johannesburg. Team India played the first Test at this ground in the year 1992. That match was a draw. Prior to this match, India had won two of the five Test matches played here, while three matches were drawn. In 29 years, South Africa’s team has never been able to beat the Indian team, but on Thursday this trend also broke.

In the absence of unfit Virat Kohli, KL Rahul captained for the first time and he had to face defeat in this match.

This was Rahul Dravid’s first defeat as a coach. The lack of enthusiasm in the bowler was clearly visible due to the absence of Kohli in the team. At the same time, there was no edge in the captaincy of Rahul. If Kohli makes a comeback in the third Test, then Team India would like to win this Test match and win the Test series on African soil for the first time.