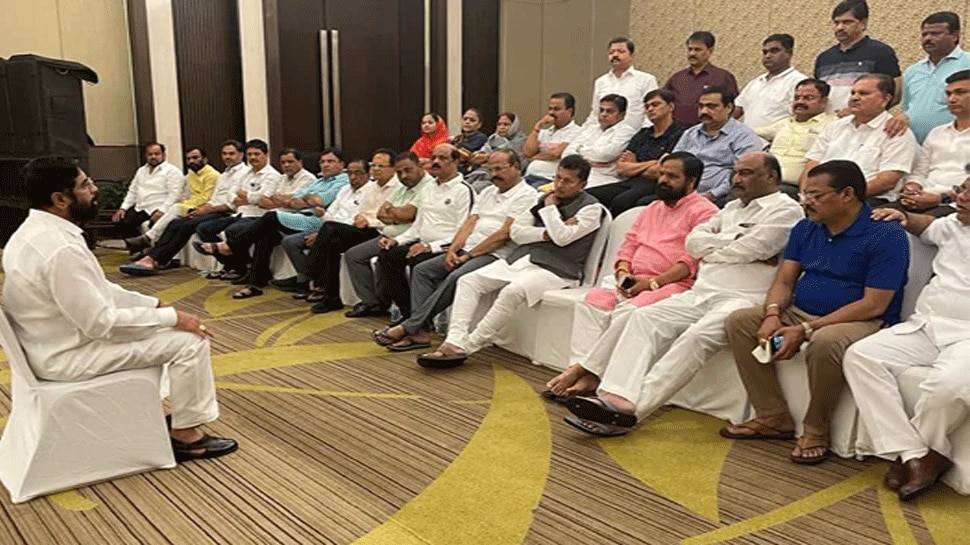 Shiv Sena Crisis: Never in the history of Shiv Sena such a crisis has come. However, when Balasaheb Thackeray was alive, the matter was different. But now the rebel MLAs, angry with Uddhav Thackeray and his close ones, have claimed more MLAs to be in Guwahati than ever before, releasing videos and pictures.

8 More MLA’s left Uddhav Thackeray:  The tales of the crisis prevailing in the politics of Maharashtra have remained a topic of discussion in the political corridors of the whole country. Meanwhile, the rebel Shiv Sena leader Shinde has claimed the support of 41 MLAs. Meanwhile, on Friday morning, the Eknath Shinde Camp has given another big blow to Maharashtra Chief Minister Uddhav Thackeray and his remaining special people.

8 more MLAs to go to Guwahati

According to this big update from Mumbai this morning, 8 more MLAs are going to join in support of Shiv Sena leader Eknath Shinde. Let us tell you that out of this, 3 MLAs are from Shiv Sena and 5 are independent MLAs who had supported the MVA government with Uddhav Thackeray’s crutches.

MLA will go to Guwahati via Surat

All these MLAs will catch the flight to Guwahati via Surat ie Gujarat, like the rest of the Shiv Sena MLAs. That is, the political crisis has deepened for the Shiv Sena-led Maha Vikas Aghadi (MVA) government in Maharashtra. Actually, Eknath Shinde, while releasing the video and pictures, claimed that he has the support of 41 MLAs.

However, a senior BJP leader said on condition of anonymity that with the arrival of some more MLAs in Guwahati, the number of disgruntled MLAs camping at the Radisson Blu Hotel rose to 44. Including independents and others. At the same time, some more MLAs of Shiv Sena can also reach here.

The rebel MLAs released videos and pictures claiming the support of over 40 MLAs, clearly showing a potentially bigger threat to the Uddhav Thackeray-led coalition government in Maharashtra.

According to the videos and photographs released by the disgruntled MLAs, Shinde is seen posing with the MLAs at the hotel. Dressed in full white, Shinde can be seen surrounded by his fellow MLAs. Shinde Pass houses the Department of Urban Development and Public Works in Maharashtra.

A large contingent of Assam Police personnel led by senior officers have surrounded the resort, no journalist is allowed within 200 meters of the hotel. State BJP leaders and hotel staff have remained silent on what is going on inside.