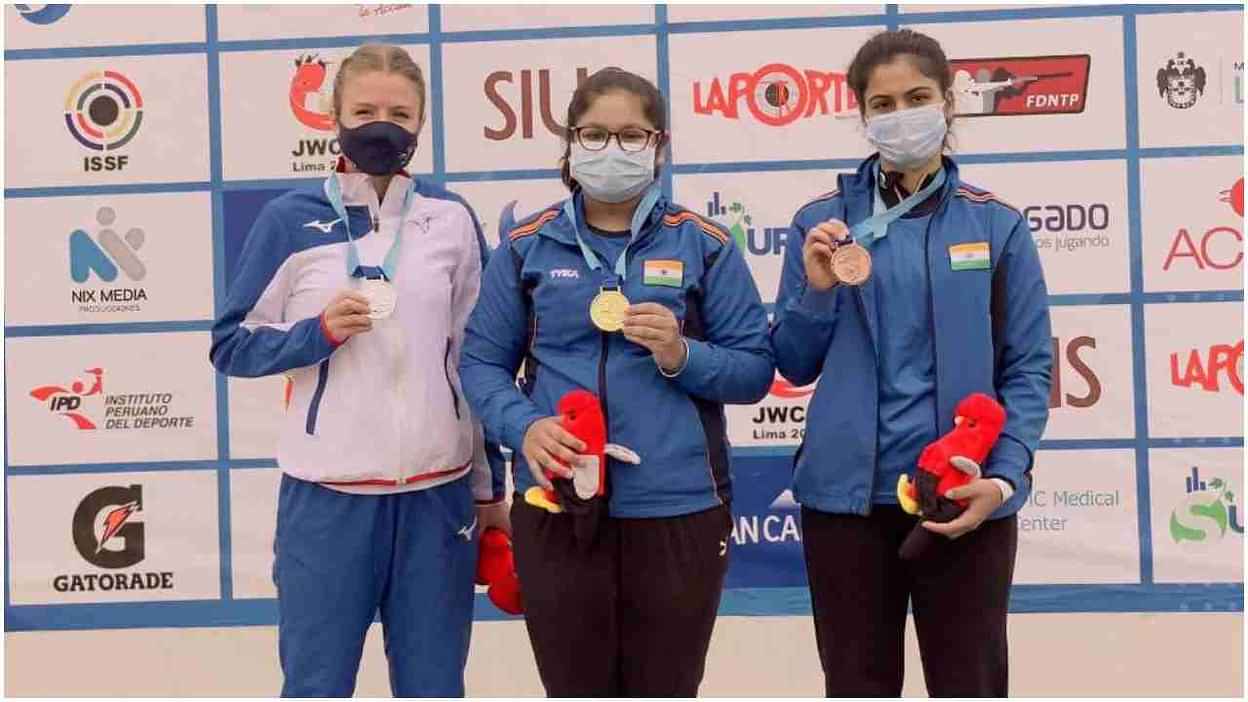 India’s Manu Bhaker won the bronze medal by finishing third in this event. Namaya scored 36 in the final.

India’s 14-year-old shooter Namaya Kapoor on Monday won a gold medal in the 25m pistol event at the ISSF Junior World Championships. At the same time, Manu Bhaker of India won the bronze medal by finishing third in this event. Namaya scored 36 in the final. Camille Jedrejewski of France won the silver medal with a score of 33.

At the same time, India’s 19-year-old Olympian Bhaker got the bronze medal. Bhaker scored 31 in the final. Bhaker has won three gold medals besides bronze in this championship. India’s Rhythm Sangwan finished fourth in the 25m pistol event.

India has so far won 16 medals including seven gold, six silver and three bronze in the tournament. This is the first multi-discipline shooting event since the Tokyo Olympics. Around 370 athletes from 32 countries are participating in the Junior Shooting Championship.