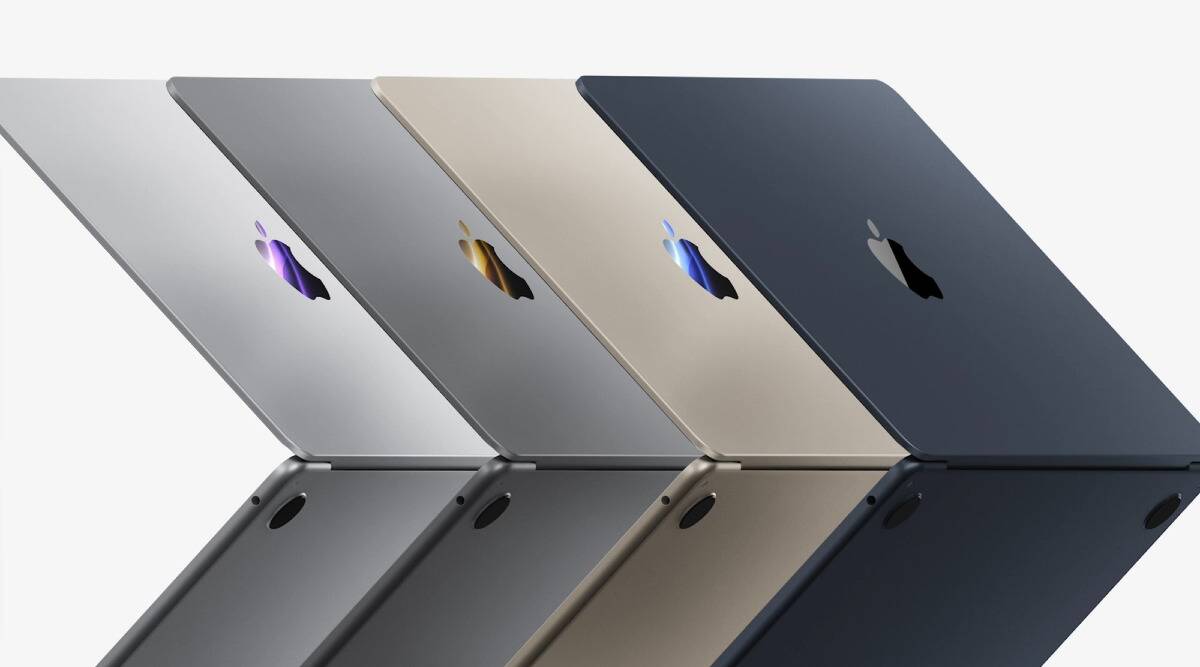 The display of MacBook Air 2022 has also been enlarged and now it is coming with 13.6 inch display. Along with increasing the size of the display, the bezels have also been reduced.

New Delhi. At WWDC 2022, Apple has also launched a new MacBook Air in addition to iOS 16 and watchOS 9. M2 chip has been used in MacBook Air 2022 which improves its performance. Apple says that the MacBook Air that comes with the M1 chip will still be available in the market.

What has been changed in MacBook Air?
The display of MacBook Air 2022 has also been enlarged and now it is coming with 13.6 inch display. Along with increasing the size of the display, the bezels have also been reduced. There is a notch in its display. After making all the changes, it gives the feel of 14-inch MacBook Pro. The new MacBook Air is slim to 11mm and will come in four colors – Silver, Space Grey, Starlight Gold and Midnight Blue.

Apple claims that its display has 500 nits brightness. The new Air Silent comes with a fan-less design. Apple says that the performance of the 2022 Air has been improved by 40% with the M2 chip. The 1080p FaceTime HD webcam has been used in the notch of the MacBook Air. Apple has also provided Microphone and Dolby Atmos-Supporting Speaker with the new design.

Changes in Charging –
Now let’s talk about the change in its charging feature, with this the company gives a new power adapter. With its help, MacBook Air gets charged up to 80% in 20 minutes. It comes with two USB-C ports.

How much is the price?
The Apple MacBook Air M2 is priced at Rs 1,19,900 and for education it can be bought for Rs 1,09,900. Apple has also launched MacBook Pro with M2 chip. Its price starts from Rs 1,29,900 and for education this product can be purchased for Rs 1,19,900. The Dual USB-C Port Power Adapter can be purchased for Rs 5,800. The sale of MacBok Air and MacBook Pro variants is going to start from next month.