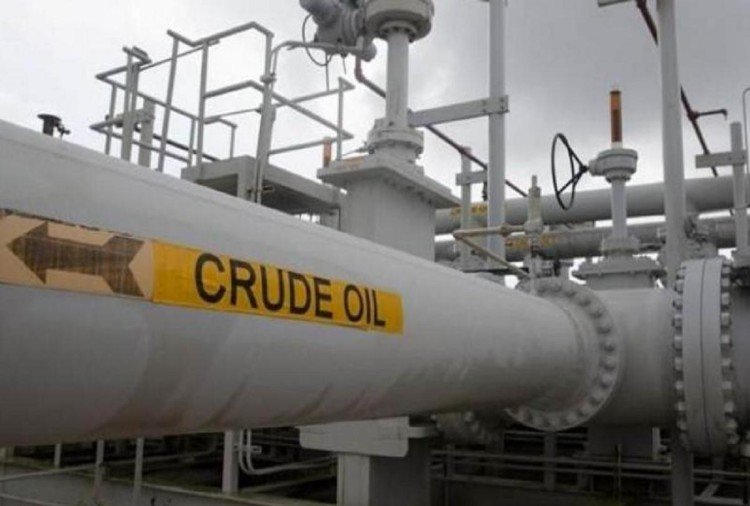 With the US decision to make India-China oil cheaper, there may be a conflict with OPEC

The US announced on Tuesday that it will release 50 million barrels of crude oil from its “strategic reserves” to reduce the price of petrol, so that it gives relief to the American people.

This concrete step of his was not limited to America only. The Biden government managed to persuade other major economies such as China, Japan, Britain, India and South Korea to do the same. Obviously, this helped in increasing the supply of oil in the market.

For the past year and a half, there has been an agreement between the member countries of the Organization of the Oil Producing Countries (OPEC) and Russia (all in all, ‘OPEC Plus’). Through this, its production was also reduced after the price came down significantly due to reduced demand for oil due to Corona.

These major producers of crude oil are trying to keep the market under control to increase its prices.

America tried to persuade OPEC member countries to increase oil production rapidly after the effect of Corona subsided. But these countries say that they will increase their production gradually and only in limited quantities.

According to analysts, the decision taken by the US government to deal with such a situation is unprecedented. In the opinion of these people, trying to reduce prices through strategic reserves can lead to tension between the US and OPEC countries.

The US built its Strategic Petroleum Reserves (SPR) in 1975, two years after the Arab-Israeli war. In fact, angry with the Western countries supporting Israel in the ‘Yom Kippur War’, Arab countries banned the sale of oil to Western countries. This caused an economic crisis then.

Due to this, by 1974, the price of crude oil had quadrupled and there was a shortage of oil in America.

At the same time, the US decided to establish strategic reserves of crude oil to protect itself from the volatility and supply disruptions of the world’s oil market.

After that other big consumers of crude oil also did the same thing. But America’s strategic reserves are the largest in the world. At present, its capacity is about 62 million barrels. It has been built in several caves excavated between Baton Rouge (Louisiana) to Freeport (Texas).

America has resorted to this emergency reserve many times in the past. He did this during the Gulf War of 1991 or Hurricane Katrina in 2005.

In other emergencies, the US supplied crude oil to many of its refineries on “borrowing” until the situation returned to normal. This happened when the supply of crude oil was affected due to some reason. However, no such situation exists as of now.

Ra’ad Al Qadiri, managing director of Energy, Climate and Resources at Eurasia Group Consultancy, told the BBC: “This is a very unusual move. Whenever the US first decided to release oil from SPR, there was no major supply interruption. It did this in 2011, when Libya’s oil exports came to a halt after the end of the Gaddafi regime.

Al Qadiri says, “The US uses these reserves at similar times. The US has extracted a small amount of oil from the SPR in the past. He always did this only when there was an interruption in the supply of oil. He never extracted oil in such a large quantity to reduce the price.

Al Qadiri also points out that the US did not take such a step in 2008, when oil prices then reached historic levels of about $ 150 a barrel. Right now the price of an oil is just a little over $80 a barrel.

But the Biden administration is eyeing other figures. In a statement, the White House said, “American consumers are feeling the impact of increased oil prices on their home heating bills and businesses with gas stations, as oil supplies often fail to meet increasing demand after the pandemic.” Enhanced.”

The average price of petrol in the US on this Tuesday was US$3.40 per gallon. In this way, its price has increased by 62% in the last one year. A year ago its price was only $ 2.11. In a country like America, where oil is the main source of energy, it matters a lot. Oil meets about 35 percent of America’s total energy needs.

If we also add to this the supply constraints due to the epidemic, then since October of last year till now, inflation has increased by 6.2%. This figure of inflation is the highest in the last 30 years.

Biden said in his message from the White House on Tuesday, “Today we are going to take a big step to reduce the price of oil. This is an effort that will spread all over the world. This will give you access to the gas station. “

If the extraction of crude oil from America’s strategic reserves is an extraordinary step, but it becomes even more extraordinary that it is being taken in collaboration with many countries. This had not happened since the end of Gaddafi’s power in Libya in 2011.

Despite this, it is not clear whether this initiative will lead to a significant reduction in the price of oil, or if it does, how lasting it will be.

In fact, on Tuesday, the prices of Brent crude (Europe’s standard rate of crude oil) and WTI (US standard rate) increased instead of incident.

Analysts believe that the market had already expected that the US was about to announce the withdrawal of oil from its strategic reserves.

Well, the actual impact of this move will depend on two things. The first is how oil is released into the market and second, how the OPEC plus countries react to it.

Alkadiri says about this, “The real question of time is when and how soon these oils are able to come in the market. If its full quantity comes at the same time, then the price of crude oil will have a significant impact. But as this plan is implemented. It will take several months to come, given that it has been made. And it is not yet clear how much oil the government will be able to release immediately.”

However, he cautions that the purpose of this decision of Biden is something else than reducing the rate of oil. He says, “Instead of reducing the price of oil, the government is trying to show that they are trying their best to reduce inflation.”

It can also be understood by trying to connect other countries of America. In fact, the Biden government is trying with this initiative to make its image such that it is also trying to reduce the price of oil at the international level.

Al Qadiri points out that other countries are also struggling with inflation, but they are coming with America so that their relations can be better than that. He points out that China has already used up its strategic reserves. This was done to deal with inflation and other problems. But now if he is coming with America, it is because he wants that his tension should be reduced.

The ball is now in OPEC+ countries’ court.

Biden’s latest initiative could create tension with ‘OPEC Plus’ countries. OPEC Plus had already warned before taking this step of America that it was unnecessary step. He said that if large consumers of crude oil use their strategic reserves, then their member countries will also take action on it.

Many analysts, such as Peter Flynn of Chicago-based consultancy firm Price Futures, believe that such initiatives usually do not yield results.

“History shows that removing crude from the SPR will only have a short-term effect. And this move is an open declaration of an oil war with OPEC Plus,” he told Reuters news agency.

In April 2020, the member countries of OPEC Plus signed an agreement. Under this, they have to gradually increase the supply of crude oil in the market. According to this, the supply of oil can only increase by 4 lakh barrels every month.

However, even this increase will not happen on its own. This can happen only when, after evaluating the increase, the governments put their stamp on it.

“It’s designed as a tool to manage the market every month,” says Al Qadiri. He believes that when supply is low, prices should go up, but not too much.

He explains that the concern of OPEC Plus countries is that due to excess supply, oil reserves will be very high next year. By the way, OPEC+ countries will meet again at the beginning of next month to decide whether to do the already fixed increase in production or not. If OPEC Plus does not decide to increase production, then it will help to stop the fall in crude oil prices from Biden’s initiative.