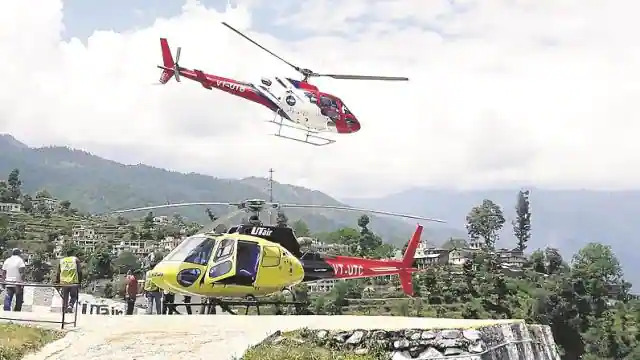 Workers engaged in the construction work of the road being built on the India-China border will be brought by helicopter to cast their votes. The Border Road Organization (BRO) has taken the decision due to heavy snowfall. A large number of workers are engaged in the construction of a road connecting the India-China border at Milam-Laspa at an altitude of 3400 meters at Munsiyari in the frontier Pithoragarh district. Laspa, about 54 km from Munsiyari, has received more than six feet of snow.

Even till the date of polling, there is no chance of the snow-covered walkways being opened. Therefore, local laborers will be brought to low-lying areas by helicopter to cast their votes. Hundred such people have been identified so far. On the other hand, Major VS Veenu of BRO in Uttarkashi told that about 3400 laborers are working here. But most of the routes are open. Therefore, the workers will be given leave on the day of polling.

We have decided to provide helicopter facility to people working in high altitude areas for voting. Till now there are 100 such people. If such people come in future also, they will be taken to the polling stations by helicopter.