IND Vs SA: Team India Coach Got Furious On The Batsmen, Made This Big Comment On Kohli - The Shivalik | Latest News Today
Skip to content 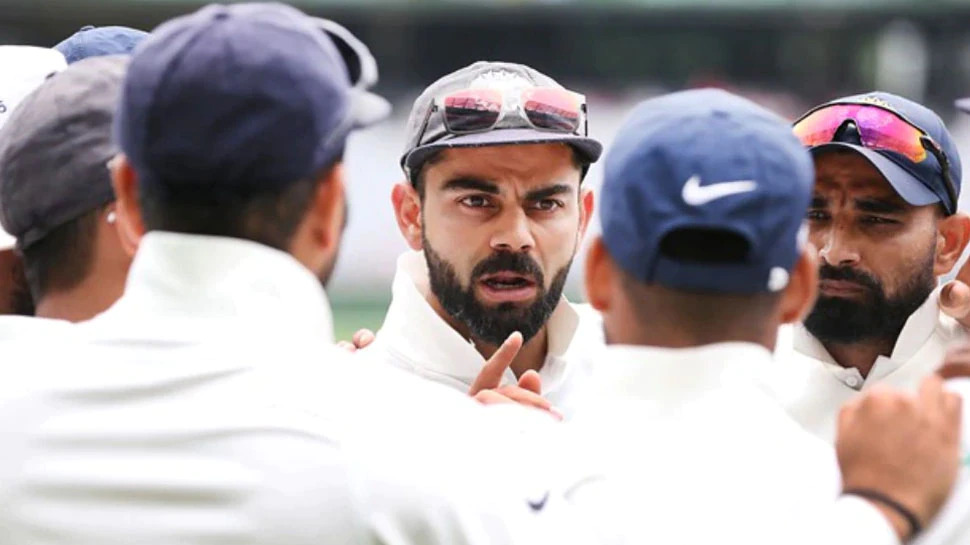 IND vs SA: Team India coach got furious on the batsmen, made this big comment on Kohli

IND vs SA: The Indian team of the third test was reduced to 223 runs. In such a situation, Team India’s batting coach Vikram Rathod vented his anger on the team’s batsmen.

New Delhi: Team India is currently facing South Africa in the deciding match of the three-match Test series. In the first innings of this match, the Indian team was reduced to 223 runs. Except captain Virat Kohli, none of the batsmen performed well. In such a situation, Team India’s batting coach Vikram Rathod vented his anger on the team’s batsmen.

Indian batting coach Vikram Rathour on Tuesday said Virat Kohli had the advantage of being more disciplined in the off-side game even as he termed his performance on the first day of the third Test against South Africa as “very poor”. Kohli played a restrained half-century of 79 runs. But the Indian team was reduced to 223 runs in the first innings.

Said this on Kohli

Rathod said in a media interaction after the match, ‘There was no concern in the way Kohli was batting, I mean he was always batting well, as a batting coach I thought, I Never worried about he not batting well, he was doing well in the nets, he looked good in the match too, he was getting off to a good start.

He said, ‘Today was a good opportunity, he was very disciplined, I agree he was doing very well with some luck also, he could have converted it into big innings, but the way he played , I was happy with that.’ However, he was not too happy with the batting performance of the entire team. He said, ‘These are challenging situations, where scoring runs is not easy. But you’re right, we played very poorly. We could have added 50-60 more runs, that’s what we were hoping for at least.

In the third test, the Indian scored 223 runs in the first innings against South Africa. Captain Virat Kohli scored 79 runs and Cheteshwar Pujara scored 43 runs for Team India. The Indian team has had a very poor start in the third test match. India’s openers lost their wickets early and returned to the pavilion. For India, KL Rahul scored 12 runs and Mayank Agarwal scored only 15 runs. Ajinkya Rahane has not been able to play any big innings again. He got out after scoring 9 runs. Ravichandran Ashwin 2 runs, Shardul Thakur 12 runs and Jasprit Bumrah got out without scoring any runs.