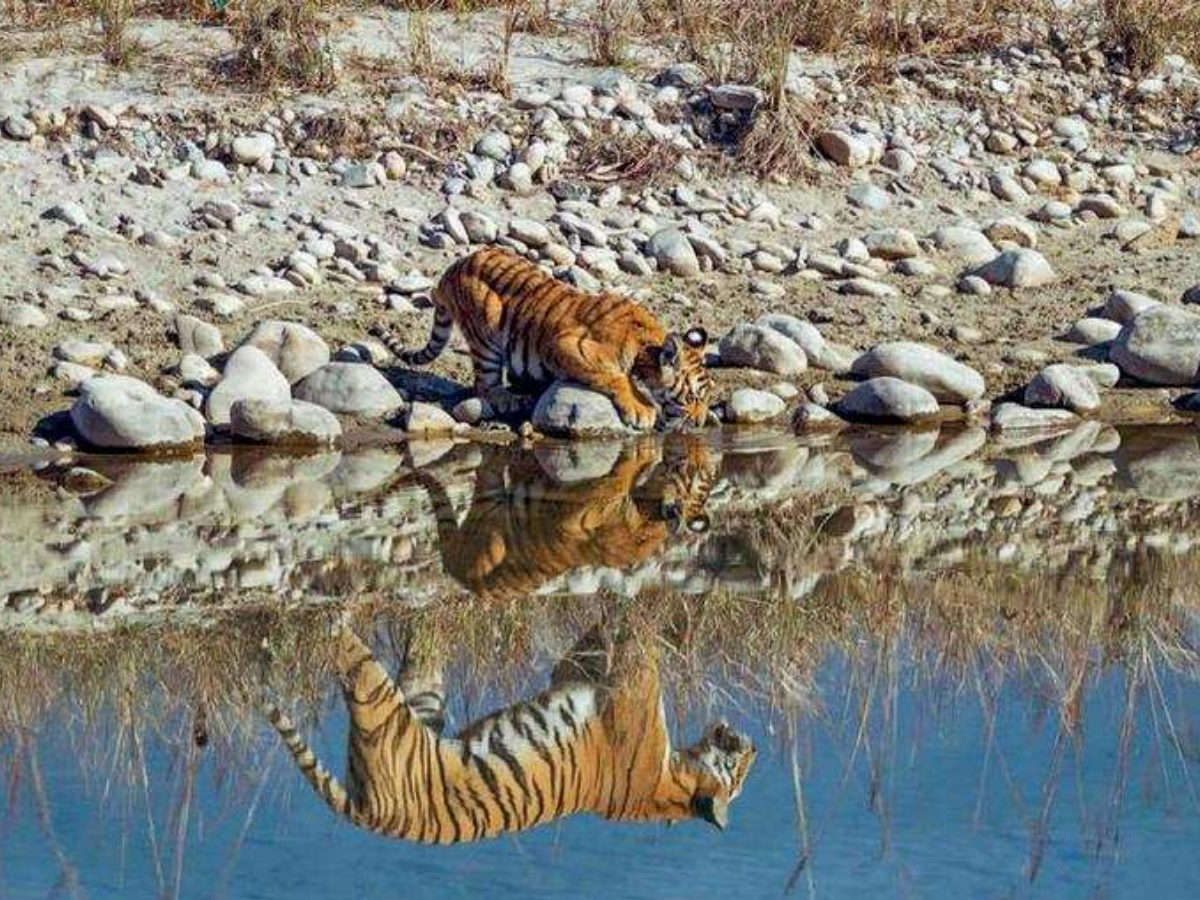 Corbett Park and Nandhaur Sanctuary are building new corridors on the tiger mountain. This has been confirmed by the Nainital Forest Division. In the recent camera trap of the division, the presence of tiger has been found up to Haida Khan. The tigers are reaching the forests of Pangoot adjoining the city of Nainital via the Dechauri range from the Baur Valley.

Similarly from Dabka Valley to Vinayak of Nainital, Mohan-Kunkhet to Betalghat and Almora are walking in the forest of the forest division. Nainital’s DFO Bijulal TR said that the evidence of having tigers on the mountains has already been found. But this time the movement of tiger in the hilly areas has increased rapidly. This is the first time that the presence of tigers is being recorded in almost every area of ​​the Nainital Forest Division.

Migration also increased due to increase in tiger in Corbett-Nandhaur: The number of tigers in Corbett National Park and Nandhaur Sanctuary has increased rapidly in the last years. DFO Bijulal says that due to the increase in the plains, the tigers are now moving more towards the mountains in search of new areas. A study report is being prepared on the corridors through which tigers are reaching the remote areas of the mountains.

Report submitted to Wildlife Institute
About three years ago the Dispersal Communication and Conservation Studies for Tiger in Kumaon Himalaya Project was launched to study the ecology of the area including the status of the Wildlife Corridor. Project Director and former Forest Officer GS Karki said that this project has been completed in collaboration with Wildlife Institute of India (WII). The final draft of the research report has been submitted to WII.