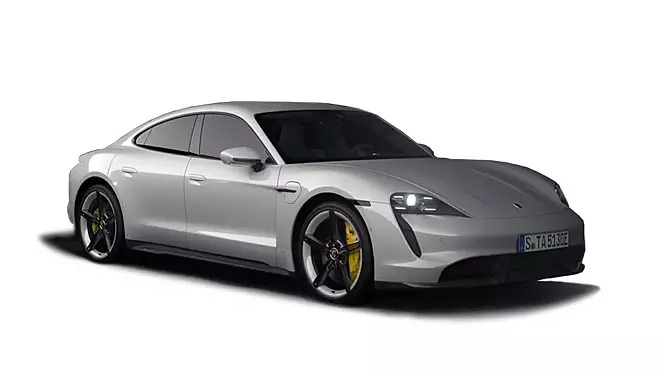 Porsche has created a ruckus in the market as soon as it entered the electric vehicle segment. The Porsche Taycan is an electric supercar that is not only beautiful to look at, but also accelerates from 0-100 km/h in just 2.8 seconds. This is India’s fastest electric car, with an initial ex-showroom price of Rs 1.50 crore.

New Delhi : Change the entire look of the technology market, this incident does not happen every day and this is what electric vehicles are doing in today’s date. While some car manufacturers are proving to be incapable of doing this, some are also getting success in this. For example, Porsche, which is famous all over the world for making great sports cars. Porsche has recently entered the electric vehicle market and introduced a very powerful electric car, the Taycan. Despite being the company’s first electric car, the Porsche Taycan has overtaken the company’s iconic 911 in global market sales in 2021. We recently got a chance to drive the Taycan electric car in Delhi-NCR and here we bring you the review of the Porsche Taycan.

At the first sight of this car, you understand how far companies have progressed in the design of electric vehicles. This electric car is very beautiful in appearance and you will have no idea that it is an electric powered car. The Taycan is built on Porsche’s family design with the boot being equipped with spectacular inverted L-shaped four-point LED lights. Apart from this, unique flush door handles, sensor based charging ports have been given on both sides of the car, the sloping roof of the car meets its rear where a light is seen encircling the entire rear. The color of the car also attracts you a lot.

If it is a Porsche car, then it is sure to get great features and great design in its cabin and the Taykan is no different from it at all. The Taycan electric supercar has been provided with all the features that you would expect from a luxury car. This sequence starts with the panoramic fixed glass roof which gives the car a feel of a lot of space. Its free AC outlets are also plush looking and you get to see a lot of new things in the cabin of the car. The chrono at the top of the dashboard is reminiscent of Porsche’s racing cars.

The Porsche Taycan features a 16.8-inch folded instrument display which we have not seen in any car till date. Apart from this, 4 more screens have been given in the cabin of the car, one on the central tunnel, two on the dashboard and one in the rear of the car. Although the seating arrangement of four people is available in the Taycan, but this car can also be converted into a 5-seater on request. However, this car is not that comfortable when it is a 5-seater, especially for the rear passengers. You don’t get a lot of boot space with the car, though it doesn’t have an engine at the front where you can keep some luggage.

The Porsche Taycan comes with two different battery packs which include 79.2 kW-hr and 93.4 kW-hr battery packs. This car has been claimed to run up to 484 km in a single charge. If you thought that electric cars cannot perform better, then here you are going to be proved completely wrong. The top model of the car accelerates to 0-100 km/h in just 2.8 seconds, which can be considered a stormy speed. The Porsche Taycan has several variants to choose from which include Standard, Turbo, Turbo S and 4S.

The car’s top model Turbo S generates 761 horsepower and 1050 Nm of peak torque, with this figure making it India’s fastest electric car. The most affordable Taycan, on the other hand, comes with a rear-wheel drive setup that churns out 408 horsepower. The Taycan 4S makes 530 horsepower, while its turbo variant generates 680 horsepower. Let us know that except the entry level, all variants of this electric supercar come with an all-wheel drive system.

In the blink of an eye, the stormy speed catches on

Like all other electric cars, this car starts getting full torque as soon as the accelerator is pressed and in the blink of an eye, this car starts catching a stormy speed. The steering is very tight and that is the reason why this car is a lot of fun to drive. While turning this car fast at the turn, you feel this car flying in the air and this work is done without any problem. The battery pack is placed right in the middle of the car, so the Taycan is able to hold onto the road completely. However, the ground clearance of the car becomes a big problem according to Indian roads. So whenever the speed breaker comes in front, you find it very difficult to cross it.

The starting ex-showroom price of Porsche Taycan is Rs 1.5 crore which goes up to Rs 2.31 crore for its top model. The company has introduced this electric supercar with 7 variants, 2 body types and 2 types of battery packs. Overall, this car is definitely very expensive but it would not be foolish to buy it. Its performance as an electric car is tremendous and in terms of styling too, this car is amazing. Even though you have to spend a huge amount to buy this car, but driving it you know that it is a value for money car. Apart from this, it also does not cause any harm to the environment.