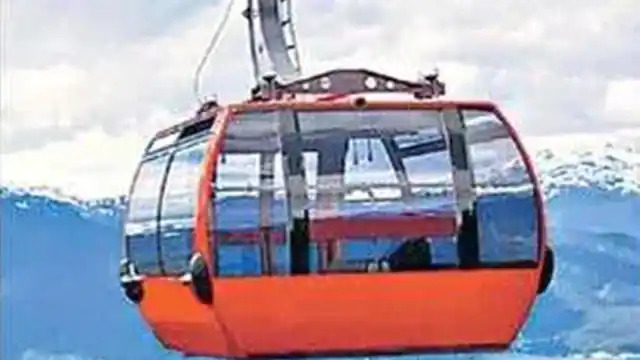 The Dhami government of Uttarakhand has learned a lesson from the ropeway accident in Deoghar, Jharkhand. Now the Ropeway Act is being amended afresh in the state. In this, important responsibility will be given to the Home Department.

The rules of ropeway operation in Uttarakhand are going to be strict. For this, the Ropeway Act is being amended afresh, in which the Home Department will play an important role. The government has taken this initiative after the ropeway accident in Jharkhand. At present, ropeway projects are in operation at seven places in Uttarakhand. This includes projects in the private and government sectors, where lakhs of people travel every year.

The government is working on some more projects on religious and tourist places in the near future. In such a situation, the state government is going to make the rules and regulations of ropeway operation more strict. Although the Act already exists regarding ropeways. Its nodal is currently Bridkul, while the responsibility of the LNV and the tourism department is also fixed. But the existing Act lacks fines or controls on any kind of violation.

Whereas despite being directly responsible in such cases, the Home Department has no role in this. Now after the ropeway accident in Jharkhand, the attention of the government has gone in this direction. The central government has also asked all the states to conduct a safety audit of the ropeway and to monitor the rules and regulations afresh. In this sequence, the state government has decided to revise the Ropeway Act.

Additional Secretary Home Riddhim Agarwal said, “The Ropeway Act is already in place in Uttarakhand but it lacks some important points related to fines and control. Due to this, the idea of ​​making a new Act is being considered. In view of the increase in the number of ropeways in the state and the safety of the increasing tourists, it has become necessary to do so.