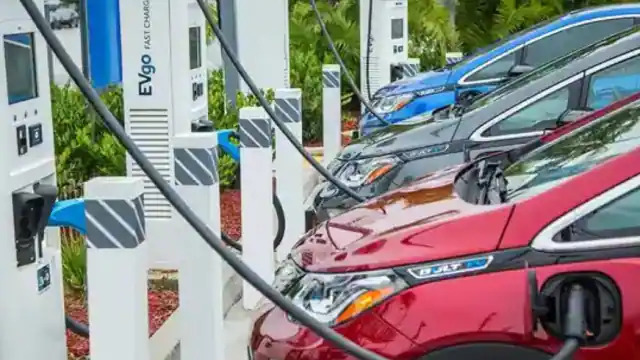 Electricity-CNG-run vehicles are going to become easier in the hilly districts of Uttarakhand. It is going to build a CNG pump and an electric charging station in all the district headquarters in the hilly areas.

Electricity and CNG-run vehicles are also going to become easier in the hilly districts of Uttarakhand. The government is in the process of setting up one CNG pump and one electric charging station at all district headquarters in hilly areas. Its proposal is being prepared. For this assistance will be taken from the central government. Transport Minister Chandan Ram Das confirmed this.

Along with this, the government is also preparing to increase the bus fleet of roadways. According to the promise made at the time of elections, the bus fleet of the roadways has to be taken up to five thousand buses. In the first phase, from 1500 to two thousand buses can be increased. The Transport Minister said that the departmental officers have been instructed to make proposals for CNG and charging stations.

In the first phase, there is a plan to build a pump and station in every district headquarter. Later on, their number will be increased as demand increases. Kendra Ramdas told that the government plans to increase the bus fleet of roadways. In the first phase, 1500 to 2000 buses can be taken. It is to be known that with the purchase of these buses, the bus fleet of Uttarakhand will become bigger than the neighboring state of Himachal Pradesh. At present there are around 3100 buses in Himachal’s fleet.

CNG Vehicles: CNG is the cheapest alternative to diesel and petrol. The automobile sector is slowly turning towards CNG and electric vehicles. At this time, where the price of diesel and petrol has reached close to Rs 100 per liter. At the same time, CNG is available at the rate of Rs 77 per kg. Being a natural gas, it also does not emit toxic substances.

CNG is environment friendly. More and more buses of roadways will be converted into CNG. At the time of elections, BJP had promised that the bus fleet of roadways would be taken up to five thousand. This too will be completed in a phased manner.