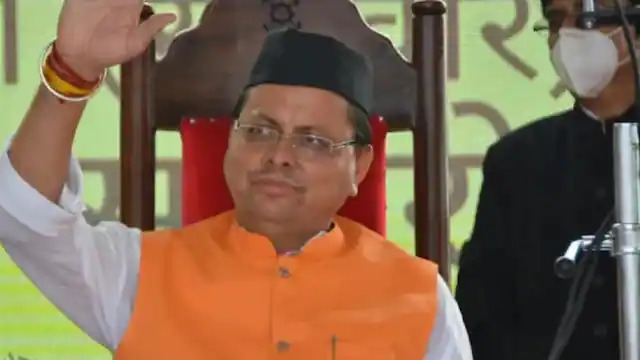 Service at Home in Uttarakhand

In order to bring good governance to the ground in Uttarakhand, the government is preparing for home delivery of more than 100 services. CM Pushkar Dhami has ordered the officers to go to the last man standing and solve them. To take the claim of good governance on the ground, the Uttarakhand government is going to start doorstep delivery of more than a hundred services. This will mostly include certifications and services available online. With this, people will get rid of unnecessary rounds of government offices.

In a meeting held on Wednesday in the Secretariat regarding good governance, Chief Minister Pushkar Dhami said that the administrative officers should go to the last person standing in the last row and solve their problems. In this sequence, a solid plan should be prepared to provide essential services to the common people by going door-to-door. First it should be run as a pilot project, it will also provide employment to the youth of the state.

Fix the time to meet the general public: The CM has asked the officials to listen to the problems of their visitors on this day, fixing the no meeting day at the Secretariat for one day in a week. Similarly, time will be fixed for meeting the general public in districts and tehsils. Along with this, multipurpose camps will be organized regularly at tehsil level. Chief Secretary Dr. SS Sandhu, Additional Chief Secretary Radha Raturi, Principal Secretary RK Sudhanshu, Secretary Shailesh Bagoli, R Meenakshi Sundaram, Nitesh Jha, Radhika Jha, Dilip Jawalkar, Director ITDA Amit Kumar Sinha attended the meeting.

Deal with complaints on priority

Dhami said that the complaints received on CM Helpline 1905 and Apni Sarkar portal should be disposed of on priority basis. The accountability of the concerned officers will be ensured on more pending complaints. Unnecessary formalities should be eliminated. The CM said that the officers should motivate the children by visiting government schools from time to time and teaching them.

According to Shailesh Bagoli, Secretary to the Chief Minister, the services of some service providers will be taken for door step delivery. Whose employees will go home with their laptops and other equipment to complete the formalities like filling up forms, taking fingerprints, scanning and uploading documents. Along with this, the documents will also be given when they are made.