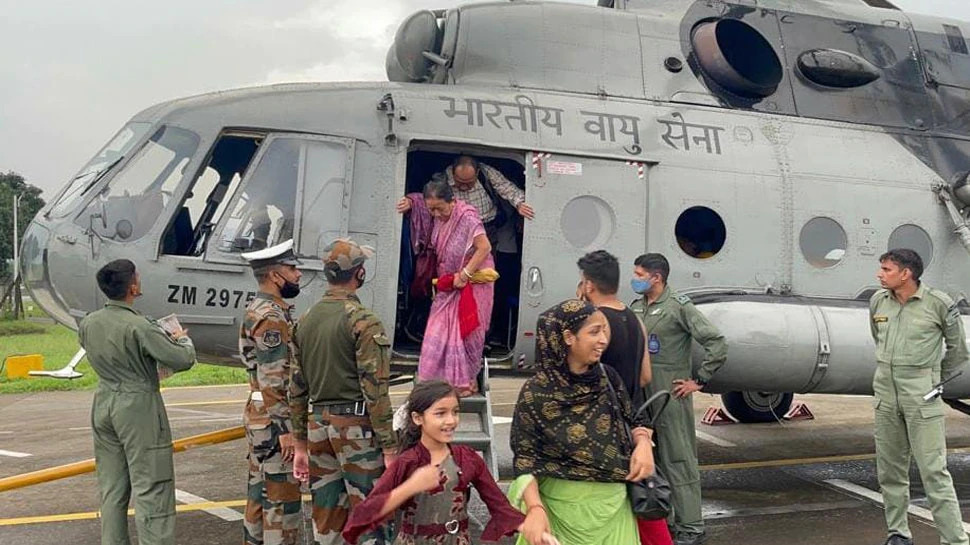 Assam Flood 2022: In many areas of Assam these days heavy rains and floods have increased the problems of the people. Meanwhile, a train got stuck in Cachar area due to floods. Airforce rescued 119 passengers trapped in the train.

Assam Flood 2022: These days, due to heavy rains in the northeastern state of Assam, the period of devastation continues. Meanwhile, a train got stuck in a flood in Cachar area on Sunday. Indian Air Force rescued 119 passengers trapped in this train. An alert has been issued in many areas of the state due to flash floods and landslides.

According to the information, due to heavy rains and floods, the Silchar-Guwahati Express train got stuck in Cachar area of ​​Assam. The water was so much that the train was unable to move forward or backward. After being stranded for a long time, the local administration contacted the Air Force for help.

Significantly, three people were killed in a landslide in Dima Hasao district of Assam. According to a bulletin issued by the Assam State Disaster Management Authority (ASDMA), three people, including a woman, lost their lives in the Haflong area of ​​Dima Hasao. The hill district has been affected by flash floods and landslides at many places due to loss of rail and road connectivity with other parts of the state.

Alert issued in the state

According to the ASDMA statement, about 25,000 people are affected by the floods in five districts of Assam. The worst affected is the Cachar region, in which more than 21,000 people have been affected. This is followed by Karbi Anglong West with around 2,000 victims and Dhemaji with over 600 people affected by the floods. ASDMA has issued a flood alert for 72 hours for Cachar, Karimganj, Dhemaji, Morigaon and Nagaon districts.