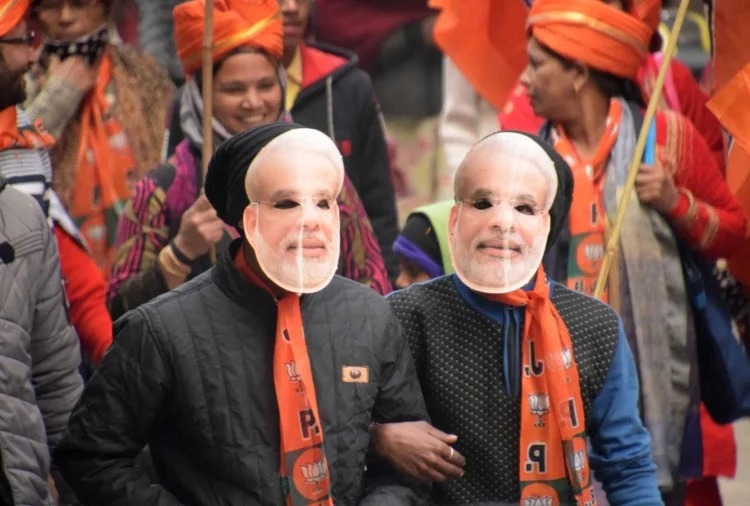 Security is being monitored from the sky to the ground for the public meeting of Prime Minister Narendra Modi. The public meeting place has been converted into a police cantonment. To make the stage security impenetrable, 50 SPG commandos have taken the front.

lay the foundation stone of schemes worth Rs. 17547 crore. Soldiers equipped with state-of-the-art weapons and telescopes have been deployed on the roofs. Prime Minister Narendra Modi and other VIPs will enter from opposite MB Inter College Gate. The route from Kulyalpura Tiraha to MB Inter College has been made VVIP. The general public will not enter through this route. Common people will enter through the road adjacent to the degree college.

The police have closed the shops falling on the way to MB Inter College and put a white curtain on them. Similarly, shops on Aerodrome Road have been closed. These shops have also been veiled.

Canals coming around the public meeting place have also been tested with anti-sebotose. On Wednesday, the police along with teams of the forest department carried out a cabbing in the forests of Rampur Road and Chorgalia area to trace the suspects.

There will be no laxity in duty: In the
meeting held in the Commissioner Municipal Corporation, Commissioner Deepak Rawat instructed the officers engaged in the public meeting of the Prime Minister to discharge the duty with responsibilities. Also said that laxity will not be taken under any circumstances. He said that all the magistrates should inspect their place of posting. Share the phone number with the in-charges and officers with you.

Chief Secretary visited
Chief Secretary SS Sandhu also inspected the venue. He directed the officers that taking the program seriously, all necessary arrangements should be made on time.