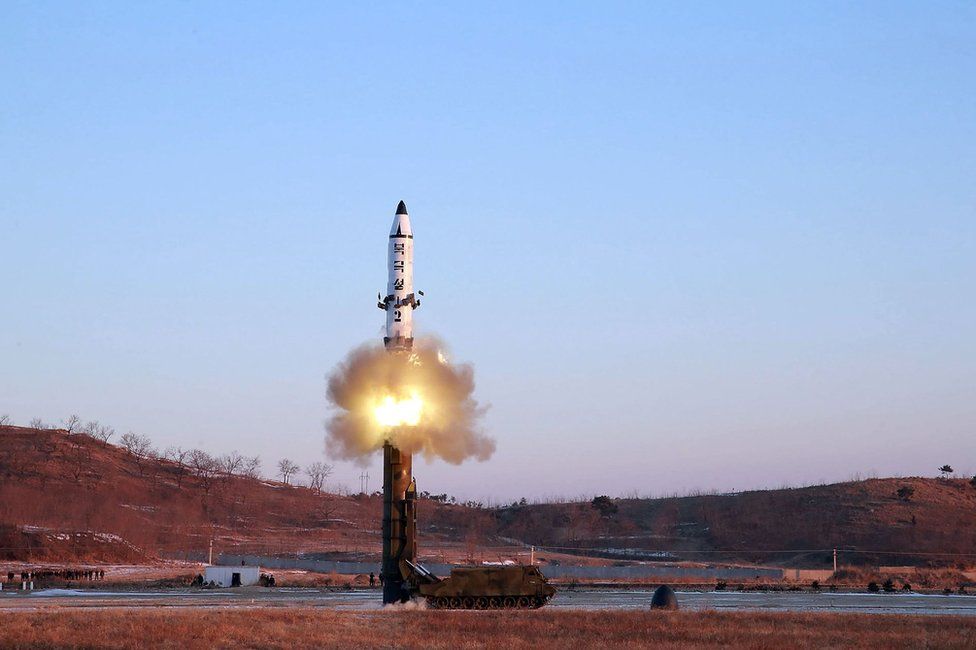 Seoul: Despite sanctions from the United Nations Security Council (UNSC), North Korea continues to advance its nuclear and ballistic missile programs. Citing South Korea’s Joint Chiefs of Staff (JCS), it has been reported that North Korea has fired a ballistic missile into the Sea of ​​Japan.

According to a report published in our affiliate website WION, even before this, the South Korean military had said that North Korea launched an unidentified missile in the Sea of ​​Japan, but more information related to it could not be revealed. Let us tell you that North Korea has been conducting missile tests for some time. However, the United Nations has imposed sanctions on North Korea for testing ballistic missiles and nuclear weapons.

The Japanese government is assuming that the missile fired by North Korea could be a ballistic missile. Now in view of the danger, the Japanese Coast Guard has issued a warning to the ships for a possible test. The Japanese Coast Guard has issued a maritime security warning. However, it is not clear what target the missile was fired at. At the same time, recently, Japanese Prime Minister Fumio Kishida had said to emphasize the need to increase security capability by increasing Japan’s defense budget.

South Korea’s presidential office has held a meeting of the National Security Council to discuss the missile launch. Let us tell you that after a month of peace, North Korea has resumed its nuclear tests.

US President Joe Biden’s special envoy to North Korea Sung Kim will meet with American allies in Seoul in the coming days to discuss the possibility of resuming talks with North Korea.

Let us tell you that nuclear talks between Washington and Pyongyang have been stalled for more than two years. North Korea has refused to accept the Biden administration’s proposals to start talks without conditions. On behalf of North Korea, it has been said that America must first give up its hostility policy.