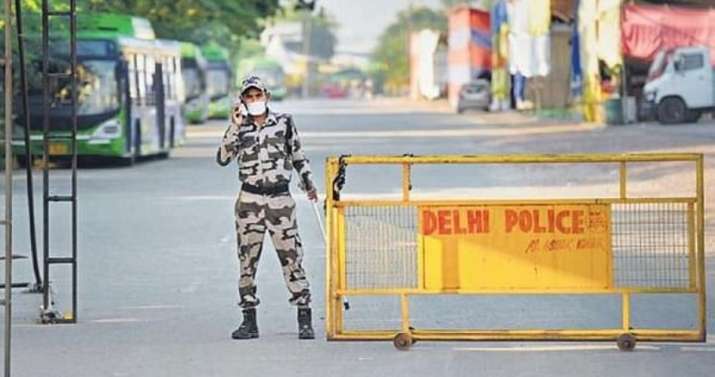 Around 21 Dalit organizations across the country have approached the National Commission for Scheduled Castes for a comprehensive inquiry into the killing of a Dalit man at the Singhu border. Sikh religious bodies, however, have denied the issue to be Dalit versus Sikh, as the Nihang group has a sizeable number of Dalits.

The body of Lakhbir Singh (35), a Dalit farm laborer from Punjab, was found on Friday tied to a police barricade at the Singhu border where farmers are protesting against the Centre’s agricultural laws. The police have already arrested four members of the Nihang community in this regard. The two supreme Sikh institutions – the Akal Takht and the Shiromani Gurdwara – have alleged conspiracy behind the barbaric murder.

The letters demanded a “time-bound” probe into the case and punishment for all those involved in the vandalism. Commission chairman Vijay Sampla said sacrilege or sacrilege among Sikhs is a serious crime, but no one has the right to take the law into their own hands. “We have already sent notices to DGP Haryana and chief secretary to take strict action on this and have sought return report through fax,” Sampla said.

Experts have reported that after the fall of the first Sikh rule (1710–15) when Mughals ruled, the Nihangs targeted Sikhs and defended Sikhism during the invasion of Afghan invader Ahmad Shah Durrani (1748–65). played a major role in.

Professor Gurmeet Singh Sidhu, in-charge of the Guru Gobind Singh Chair at Punjabi University, Patiala, said that in some circles the issue was being “wrongly viewed as Dalit-Sikh, as many Nihangs were themselves Dalits. Over the years, Many jathedars, granthis (scripture readers), ragis (hymn singers), preachers and gatha singers came from the lower caste.

Experts have pointed out that the Jathedar of Akal Takht, Giani Harpreet Singh, the highest provisional seat for Sikhs and Bibi Jagir Kaur who is heading the Shiromani Gurdwara Prabandhak Committee for the third term, also come from non-Jat Sikh background and are Dalits. .

BSP chief Mayawati on Saturday described the incident as “extremely sad and shameful”. The top Sikh religious body has been reluctant to openly condemn the incident, but has criticized the alleged act of sacrilege.

Akal Takht chief Giani Harpreet Singh has termed the killing of Lakhbir Singh as a failure of the rule of law and demanded an inquiry that brings out all aspects of the incident. He said that there was no case in which the justice system could give proper punishment to the accused which would give some comfort to the hurt sentiments of the Sikhs.

SGPC chairperson Bibi Jagir Kaur said this unfortunate incident would not have happened had the Center been sincere in resolving the farmers’ issue.

Another researcher and expert on Sikh doctrine, Balwinder Singh, said that in the past Nihangs were known as “dare devils” who commanded respect in Punjab. He said, “They were known for their unwavering faith in gurus and were seen as warriors. His presence is a reminder of how glorious the Sikh Empire was. But the social context is different now.”