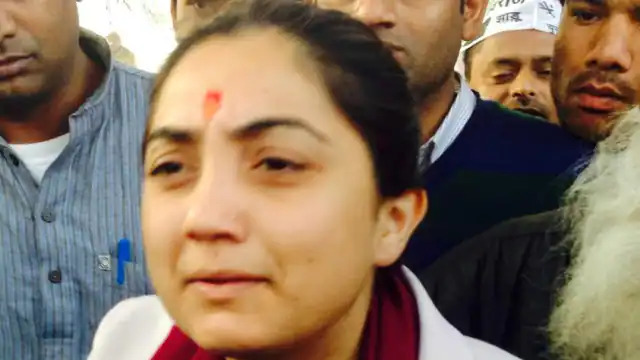 Assam in anger against Nupur Sharma

A few days ago, the effigy of Nupur Sharma was burnt in many other areas including Cachar district. In view of the seriousness of the situation, the administration had imposed Section 144 in all the three districts of Barak Valley.

An FIR has been lodged against former Bharatiya Janata Party (BJP) spokesperson Nupur Sharma in Assam by a former minister.He has also included the name of sacked BJP leader Naveen Jindal.The special thing is that resentment against Sharma is increasing in the northeastern state.Recently his effigies were burnt in the state.Earlier, in Assam, the Congress has also lodged an FIR against both of them.

Former minister Ataur Rehman Majrabhuiya has accused Sharma and Jindal of hurting the religious sentiments of the community.He has lodged an FIR at Katigorah police station on Tuesday.At the same time, he has asked the police to make a case against both of them under strict sections of the Indian Penal Code.

Majrabhuiya said, “These two people have intentionally hurt the sentiments of a section of the society and strict action should be taken against them as per the law of the land.”He has appealed to all sections not to indulge in any kind of violence during the protests against Sharma and Jindal.

A few days ago, Sharma’s effigy was burnt in many other areas including Cachar district.In view of the seriousness of the situation, the administration had imposed Section 144 in all the three districts of Barak Valley.According to the order, ‘We have banned the gathering of five or more people at any place.No person other than Para Military shall possess arms, explosives, sticks, spears, stones or any deadly weapon which is likely to cause injury.No person or organization shall hold any procession, rallies or public meeting except with the permission of the District Magistrate.

Cachar District Superintendent of Police Ramandeep Kaur said Sonai and Katigorah areas of the district have witnessed some protests recently.He said, ‘After the protest, we reached out to the people involved in it and appealed to them not to provoke anyone.They agreed and there were no protests after that.To avoid any further agitation or untoward incident, the district administration has imposed Section 144.