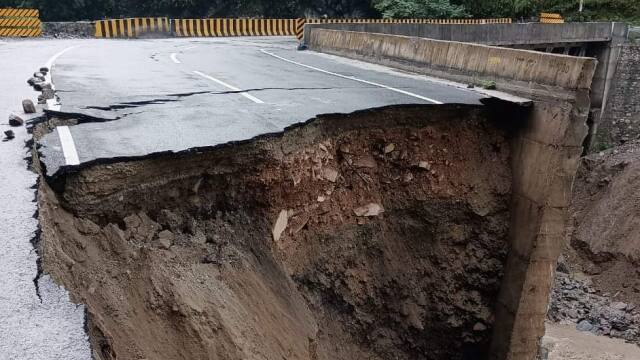 146 roads including Badrinath Highway closed due to a landslide

Heavy rain is becoming a problem in Uttarakhand. Badrinath Highway was closed due to road collapse after heavy rain. Traffic has also come to a standstill on 146 roads due to rain. Bad weather continues to be a problem in the state.

Heavy rain is becoming a problem in Uttarakhand. Badrinath Highway has been closed due to landslides after rain. Passengers are stuck at places due to the closure of the highway. The work is being done by the administration to open the closed roads, but bad weather remains a hindrance. Traffic has come to a standstill on 146 roads due to bridge collapse and landslides due to rain.235 JCBs have been deployed to open the roads.

In Uttarkashi, a 20-meter stretch of the Mori-Sankri motorway connecting the Harkidoon valley was completely destroyed due to torrential rains on Monday night in Mori block, isolated 22 villages. Due to this about 22 villages in the parking area were isolated. Due to the rains, debris entered many buildings as well as caused heavy damage to the orchards of apple orchards.