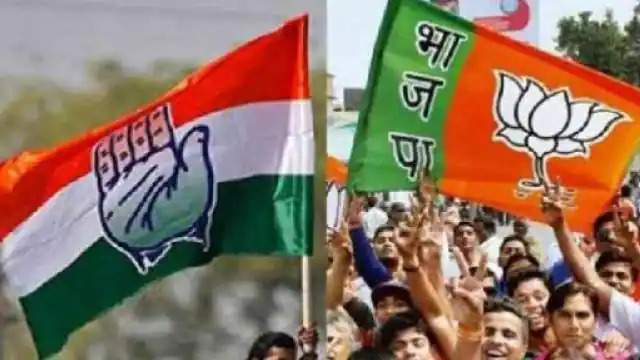 Who will form the government in UP, Punjab and Uttarakhand?

ABP News UP, Uttarakhand, Punjab Exit Poll: ABP News is going to show the exit polls of UP elections after 6 pm today. ABP News channel has conducted exit polls in association with C-Voter. It will be telecast on National and ABP Ganga channels of ABP News after the polling is over.

Voting for the seventh phase of the assembly elections in Uttar Pradesh ends today. Whose government is going to be formed in UP, the correct answer will be given only after counting of votes on March 10. At present, the ABP News C-Voter poll can definitely indicate the trend. Exit polls can definitely indicate that Yogi Adityanath’s government will be formed once again in UP or Akhilesh Yadav will be successful in snatching power from him. However, at times exit polls have yielded contrary results.

At the same time, in the opinion polls, the main fight was being seen between the Congress and the BJP in Uttarakhand. Here the polling has been completed in one phase. The results will come on March 10. Earlier, according to the survey in the exit polls, the predictions of victory and defeat will be presented. This time in Punjab also a triangular contest is seen. While the Congress and Akali Dal are in a fight on one hand, the Aam Aadmi Party’s position has looked very strong. It remains to be seen whose government will be seen in the exit polls. However, the final results will be known only on March 10.

Voting took place in seven phases in Uttar Pradesh. While the first phase of voting took place on February 10 in western UP, the seventh and final phase of polling is being held on March 7. The contest is between the Bharatiya Janata Party (BJP), the Samajwadi Party (SP), the Bahujan Samaj Party (BSP) and the Congress for the 403-seat assembly. BJP and SP have forged alliances with some regional parties. Voting in Uttarakhand was held on February 14. There was 65.10 per cent voting in 70 assembly seats. Voting was held in Punjab on February 20.