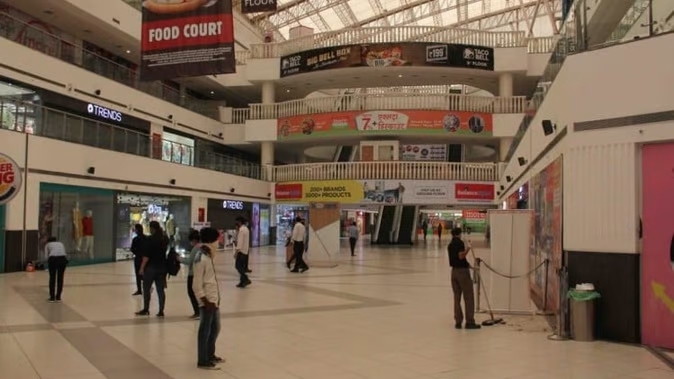 Uttarakhand’s first aerocity to be built near Jolly Grant Airport

Jolly Grant Airport is also being expanded. After this, the airport will have international connectivity. In such a situation, Aerocity can also emerge as a big business hub of the future.

On the lines of Delhi’s Aerocity, the exercise to make Aerocity in Dehradun has started. The land is being searched for this project near Jolly Grant Airport. All state-of-the-art facilities ranging from five-star hotels, malls, cafes, and restaurants will be provided in Aerocity. It will also have housing for thousands of people. If the project lands on the ground, it will be the first world-class state-of-the-art city.

At the same time, Jolly Grant Airport is also being expanded. After this, the airport will have international connectivity. In such a situation, Aerocity can also emerge as a big business hub of the future. It can also prove to be effective in taking the local products of Uttarakhand to the international market.

Australian grass will be planted, hut will be built for meditation

The park will be set up on the lines of foreign countries. The park will have a jogging, cycling track, and a hut for meditation. Along with this, the idea of ​​​​landscaping and applying up to Australian Grass is going on. At the same time, flowers and greenery will be seen in the parks in every season.

Construction has been done in Malaysia and Dubai

The KLIA Aeropolis Aerocity in Kuala Lumpur, Malaysia is said to be a shining example of this concept. Similarly, Dubai has built Festival City, just a mile from the airport, with housing, schools, malls, etc. for one million people.

Aerocity is built in Delhi

Aerocity has been established near the Indira Gandhi International Airport in the capital Delhi. All facilities from five-star hotels, malls, hotels to cafes are available here. Due to its proximity to the International Airport, it is fast developing as a business hub as well. Similarly, the work on the project of Aerocity is also going on in Mohali. The proposal of Aerocity near Jollygrant Airport is under consideration. With the availability of land, this project will be seen on the ground.