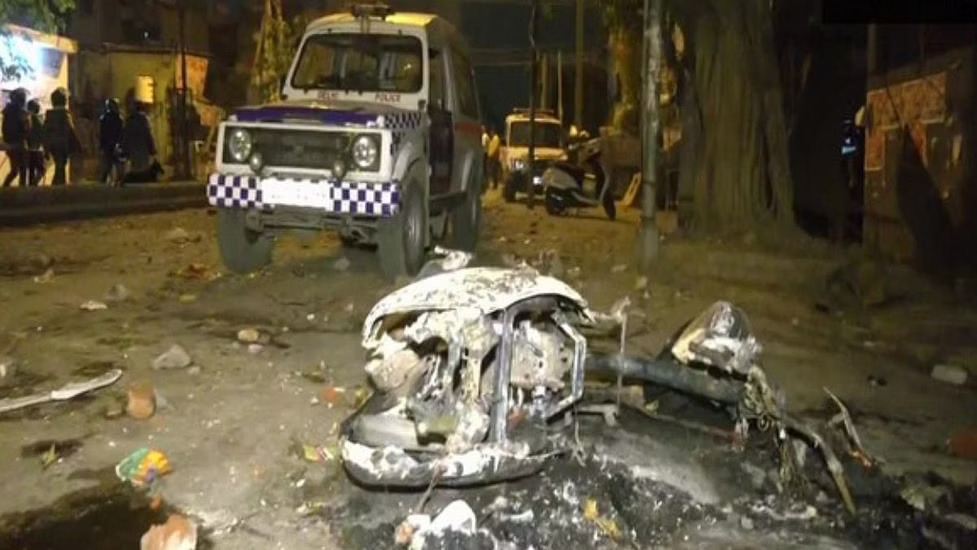 The real game behind violence in Jahangirpuri

On the question of the reporter in the intelligence camera, the Muslim side said that Ansar is being framed. On the other hand, the Hindu side says that the violence was started by Ansar.

Mohammad Ansar, who was made the main accused after the violence that broke out on the occasion of Hanuman Jayanti in Jahangirpuri, Delhi, is in the grip of the police. Controversy continues between political parties over Ansar. After Ansar’s arrest, the picture of him wearing the Aam Aadmi Party cap went viral. After which the dispute between the political parties increased further. A video also surfaced of Ansar with a knife. In some pictures, he was seen with a bundle of notes, then some such pictures were also revealed in which he was seen wearing a gold ring and a thick gold chain around his neck. There is a lot of discussion about whether violence broke out in Jahangirpuri only at the behest of Ansar?

The truth of Jahangirpuri violence in intelligence camera

ABP News tried to know the truth of Jahangirpuri violence through intelligence cameras. The team tried to know the story of Jahangirpuri violence from the eyewitnesses, the claim of both the sides was recorded in the intelligence camera. When ABP News questioned the Muslim side about the viral video of Ansar on social media with a knife, some people said that this is a video before the violence. This is the morning video of the same day the violence took place. The rally took place at 11 o’clock at the same time. On the question of the reporter, the Muslim side said that he is being framed. The one who is implicating Ansar knows very well that Ansar is famous in the locality.

Violence was started by Ansar – Hindu side

When the reporter questioned the Hindu side about the violence, some people directly blamed Ansar for the violence. In the ABP news sting operation, some people from the Hindu side said that Mohammad Ansar was the one who started the violence. He had said that do not take the rally from here. Here people said, let Ansar Bhai rally go out. There is no problem, all are brothers. So he threatened on the contrary that if the rally would come out from here, what would happen next.

People of the Hindu side believe that Ansar used to do speculative and extortion work. When the reporter questioned that people say that Ansar used to help people from both the Hindu and Muslim communities. On this some people from the Hindu side said that he wanted to enter politics. His ambition was to enter politics. That’s why a little bit of public will have to be shown that there is a mafia. The Hindu side says that if there was no Ansar, there might not have been violence. However, in the investigation of ABP, it was also clear that how much influence the alleged mastermind in the Jahangirpuri violence has in his area.