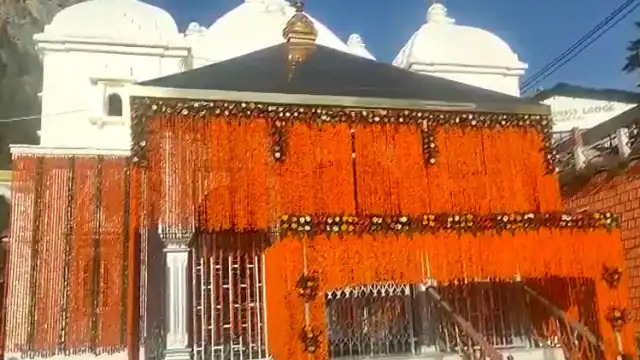 The Chardham Yatra in Uttarakhand will start from May 03 with the opening of the doors of Gangotri and Yamunotri Dham. Whereas, the doors of Kedarnath Dham will open for pilgrims on May 06 and Badrinath Dham on May 8.

The doors of Kedarnath Dham will be opened for pilgrims on May 06 and those of Badrinath Dham on May 8. After this, for the next six months, devotees will become part of the darshan of Mother Ganga and Yamuna in Gangotri and Yamunotri Dham itself.

Suresh Semwal, secretary of Gangotri Temple Committee, said that on Monday at 12:15 pm, Utsav Doli of Mother Ganga has left for her winter stay from Mukhba village for Gangotri Dham. Which will rest the night in Bhairav ​​temple located in Bhairav ​​valley. At the same time, it will reach Gangotri Dham at 8 am on Tuesday.

After this, the doors of Gangotri Dham will be opened at 11:15 am after Ganga worship, Ganga Sahasranama recitation and special worship with the law from 9 am in Gangotri Dham. Suresh Uniyal, secretary of Yamunotri Temple Committee, has told that all preparations have been made to open the doors of the temple.

Told that on Tuesday at 8.30 in the morning, the festival doli of Mother Yamuna will leave for Yamunotri Dham under the leadership of Shani Dev’s doli on the beat of traditional musical instruments from Kushimath during winter migration. Where the doors of Yamunotri Dham will be opened for darshan with Vedic chanting after the duly havan and worship.