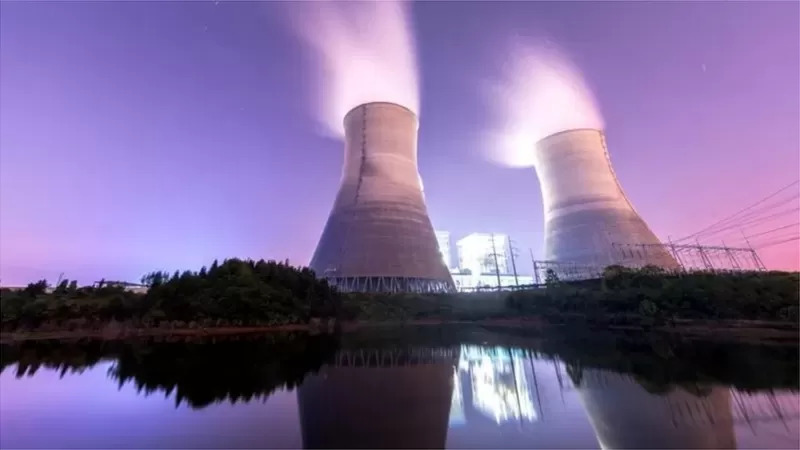 Will nuclear power end the need for gas and oil?

The world stands at a crossroads in terms of fuel usage. In this era of climate change, the use of fossil fuels is becoming increasingly difficult. The Earth is warming and the world does not seem to be able to achieve the target of reducing carbon emissions.

This energy crisis was further exposed by the Russo-Ukraine war. The extent to which Europe is dependent on Russian gas has also become apparent.

Perhaps that’s why French President Emmanuel Macron said that the time has come for Nuclear Renaissance.

Macron announced five years ago to reduce nuclear power generation by one third. Along with France, many other countries had expressed similar intention in view of the Fukushima accident, but these days the attitude towards atomic energy seems to be changing in the world. Especially because of rising gas prices.

The energy problem arising out of the Russo-Ukraine war has forced one to think in this direction as well.

Nuclear science and technology expert Alferdo García says it is unfortunate that we are learning from a war that we can no longer depend too much on fossil fuels.

Fossil fuels produce two-thirds of the world’s electricity and greenhouse gas emissions. But in 2018 air pollution from fossil fuels killed eight million people. These figures are from a Harvard University study.

The pace at which energy is being produced will increase emissions by 14 percent this year. This will defeat the target of 1.5 degree centigrade temperature rise by this century.

Therefore, everyone seems to be agreeing to adopt such a model of generating electricity, which is dependent on fossil fuels.

Now there are only two ways. Nuclear and renewable means renewable energy.

Maritexel Benasar, head of energy and climate change at Greenpeace Spain, says it is technically possible to adopt a 100% renewable and efficient energy model. It can be cheap and also eco-friendly.

However, proponents of nuclear electricity are also apprehensive on the question whether it will be able to become an alternative to conventional sources of energy.

In fact, the ability to generate electricity from renewable sources is limited, apart from this, it requires a lot of space and material. At the same time, one has to depend on the weather to deliver energy to the grid.

Therefore, according to supporters of alternative energy sources, the most practical step would be to increase both nuclear and renewable energy production so that the dependence on coal, gas and oil for energy is

But it won’t happen overnight. Because it takes five to ten years to build and start a nuclear power plant.

How is nuclear energy generated?

Nuclear fission is used to generate electricity in a nuclear power plant.

By splitting a heavier atom (usually it’s uranium-235) more neutrons are created in a multiplier effect. This triggers a chain reaction in a very small fraction of a second.

This produces neutrons, gamma rays and a large amount of energy. It raises the temperature of the condensed water and produces steam.

The steam then spins the reactor’s turbine, which activates the generator that produces electricity. In this way electricity is prepared and eventually goes to the grid.

What happens with fusion ?

Fusion refers to the release of large amounts of energy. In fact, instead of breaking the nuclear centers, this process is done by keeping them tied in one place.

Nuclear energy is seen as the energy of the future because it causes negligible pollution. It also consumes less resources. Unlimited energy can be obtained from this.

But for the successful production of nuclear power on this earth, very high technology is needed and it is still developing.

Experts believe that nuclear fusion will become the most attention-grabbing issue in the second half of this century.

How eco friendly is this?

During the generation of solar energy, three times as much carbon dioxide is produced as compared to the nuclear power generation process. That is, 85 tons of green house gas. Hydroelectric and wind power produces 26 tons of carbon dioxide. This is the cleanest energy.

Garcia says that nuclear energy is environmentally friendly and safe.

But not everyone agrees with this.

“Although nuclear energy does not emit as much greenhouse gas, it produces more carbon dioxide per kilowatt,” says Benasara. Since a nuclear reactor generates electricity, it emits greenhouse gases. ,

Critics of nuclear energy say that due to the extraction of uranium, the environment is harmed. Shutting down a plant is costly and polluting. However, there is a very low risk of accidents and military attacks in nuclear plants. But if it happens, it can prove to be terrifying.

Disposal of nuclear waste generated from nuclear fuels is a very complex task. For example, during the generation of nuclear power, high-level nuclear waste is stored in three different stages. The waste of the last stage is buried 200 to 1000 meters inside the ground.

GreenPress activists say that the nuclear industry has not been able to find a satisfactory safe technical solution to this problem.

Is it financially beneficial?

Nuclear power plant is very expensive to build and start.

For example, a nuclear power plant is being built in Hinckley Point, the southern part of Britain. This will generate 3200 MW of electricity and it will meet 7 per cent of the country’s energy requirement by 2025. According to this one estimate, 30 thousand million dollars will be spent.

The Atucha Nuclear Power Plant in Argentina will generate 1200 MW of electricity but it will cost $8,000 million.

However, generating electricity from nuclear is cheaper because it does not require a continuous supply of large amounts of fuel.

Although uranium is quite expensive, but even small amounts of it can generate a lot of energy.

Who’s next in making nuclear power?

America has 96 reactors with a capacity of more than 90 GW, which are working. America accounts for a third of the world’s nuclear power generation. It is followed by China and France. According to data from the International Atomic Energy Agency, the share of both is 13-13 percent.

Nuclear power plants account for 70 percent of electricity generation in France. In this sense, it is at number one in the world.

Emmanuel Macron has announced an energy plan in which six new reactors will be built at a cost of 50 thousand million euros.

Germany decided to shut down three of its nuclear plants, but it is confused because of the war between Ukraine and Russia.

Europe is divided on the issue of nuclear energy. Germany, Austria, Denmark, Spain, Luxembourg and Portugal are against promoting it. These countries are against the self-styled nuclear alliance of Bulgaria, Croatia, Finland, France, Romania and Slovenia.

Nuclear energy accounts for only 2.2 percent of electricity generation in Latin America. Argentina has three reactors and Mexico-Brazil has only two reactors each.

But China is betting the most on nuclear energy, which is in the race to become the world’s next super power in terms of nuclear energy.