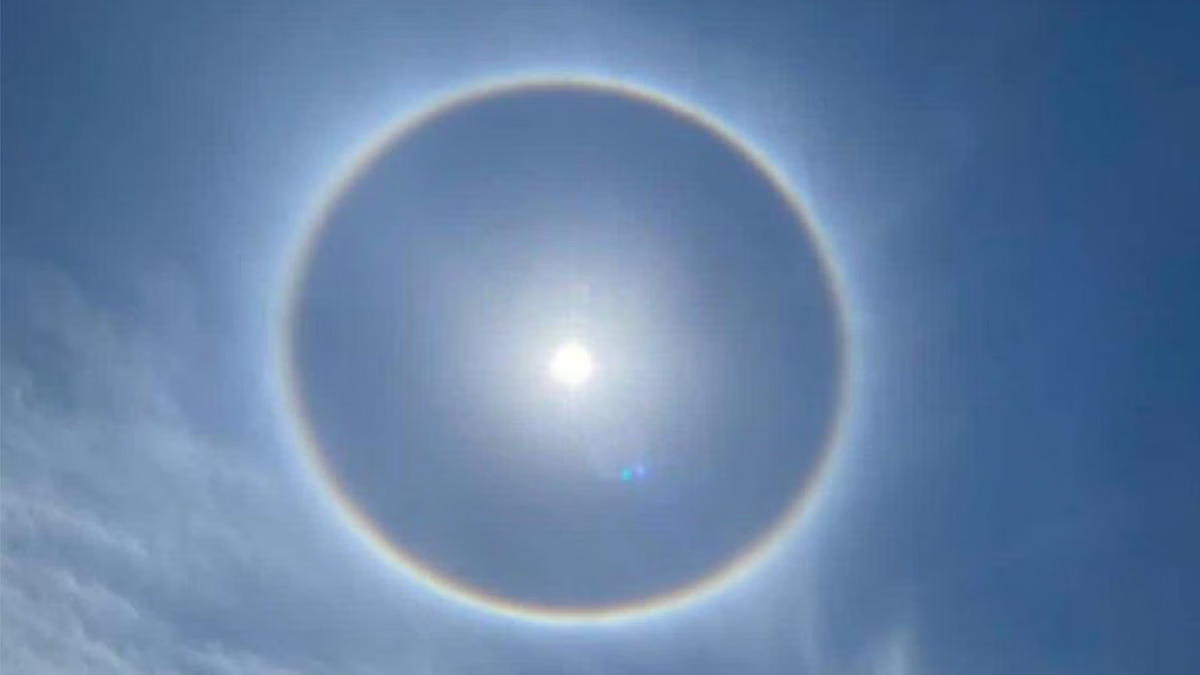 Sun Halo was seen in Dehradun

A unique incident was seen on Sunday in the sky of Dehradun, the capital of Uttarakhand. In the afternoon of Sunday, such an astronomical sight was seen in the sky of Dehradun, in which there was a colorful rainbow circle around the sun. People captured this scene on their mobile phone cameras and shared it fiercely on social media. These pictures soon became viral due to being shared on social media. In the language of science, this phenomenon is called ‘Sun Halo’.

According to scientists, this is a wonderful sight sometimes seen in the sky. In this, a rainbow circle is formed around the sun. Bikram Singh, director of the meteorological station in Uttarakhand, said that if sunlight is reflected from millions of ice crystals present in the atmosphere, then it gives the astronomical view of ‘Sun Halo’. He said that this incident can be seen with normal eyes.

How is Sun Halo made?
When a ring-like shape is formed around the sun, it is called sun halo. It is a simple atmospheric phenomenon. According to scientists, when the sun is at an angle of 22 degrees from the earth, then such a shape appears due to the reflection of water and ice particles present in the cirrus cloud (clouds whose layer is very thin) present in the sky.