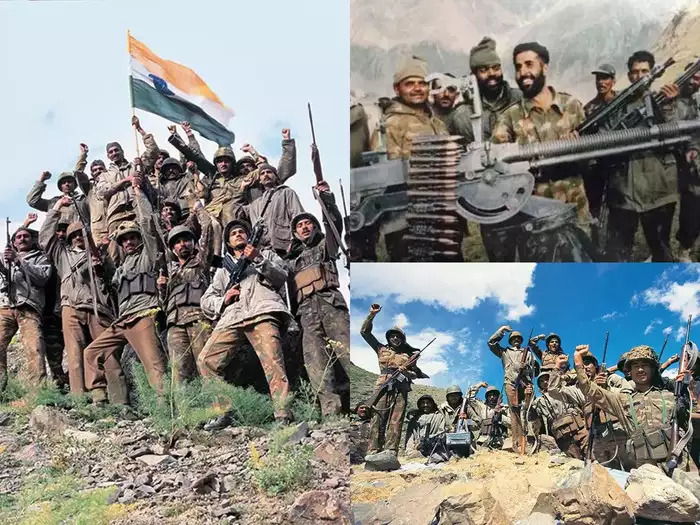 Kargil Vijay Diwas: Between May-July 1999, it was fought on the Line of Control (LoC) in the Kargil district of Jammu and Kashmir, in which India won. This day is dedicated to the martyr soldiers of the Kargil war, who took back their land from Pakistan by giving their martyrdom.

New Delhi: Just 23 years ago today, the Indian Army gave a befitting reply to the Pakistani Army in the Kargil war. Kargil Vijay Diwas is celebrated every year on 26 July to commemorate the victory of the war fought between the two countries in 1999. In the places where the Pakistani army had infiltrated and captured, the brave soldiers of India had again hoisted the tricolor in those inaccessible places. This battle, which lasted more than 60 days, was named Operation Vijay.

The deceitful Pakistani army hiding at the height
The main objective of the Pakistani army was to break the ties between Ladakh and Kashmir and create tension on the Indian border. The intruders were sitting on the top of the mountain while the Indians were on the slopes and hence it was easy for them to attack and equally difficult for us. On 3 May 1999, Pakistan started this war when it started occupied with about 5000 soldiers. Operation Vijay was launched only to teach a lesson to the betrayers.

The Indian Air Force had shown the ability
to use MiG-2I, MiG-23S, MiG-27, Jaguar, and Mirage-2000 aircraft for ground attack. Primarily, the MiG-21 was built for aerial fire with a secondary role of ground attack. The MiG-23 and 27 were optimized to attack targets on the ground. There were many attacks on Pakistan’s bases. Hence, IAF’s MiG-21 and Mirage 2000 were extensively used in Operation Safed Sagar during this war.

Tiger Hill was won like this
A large number of rockets and bombs were used in this war. About two lakh fifty thousand shells, bombs, and rockets were fired. About 5000 artillery shells, mortar bombs, and rockets were fired daily from 300 guns, mortars, and MBRLs, while 9000 shells were fired on the day Tiger Hill was brought back. It is said that this was the only war after World War II in which such large numbers of bombings were carried out on enemy forces. In the end, India secured a victory.