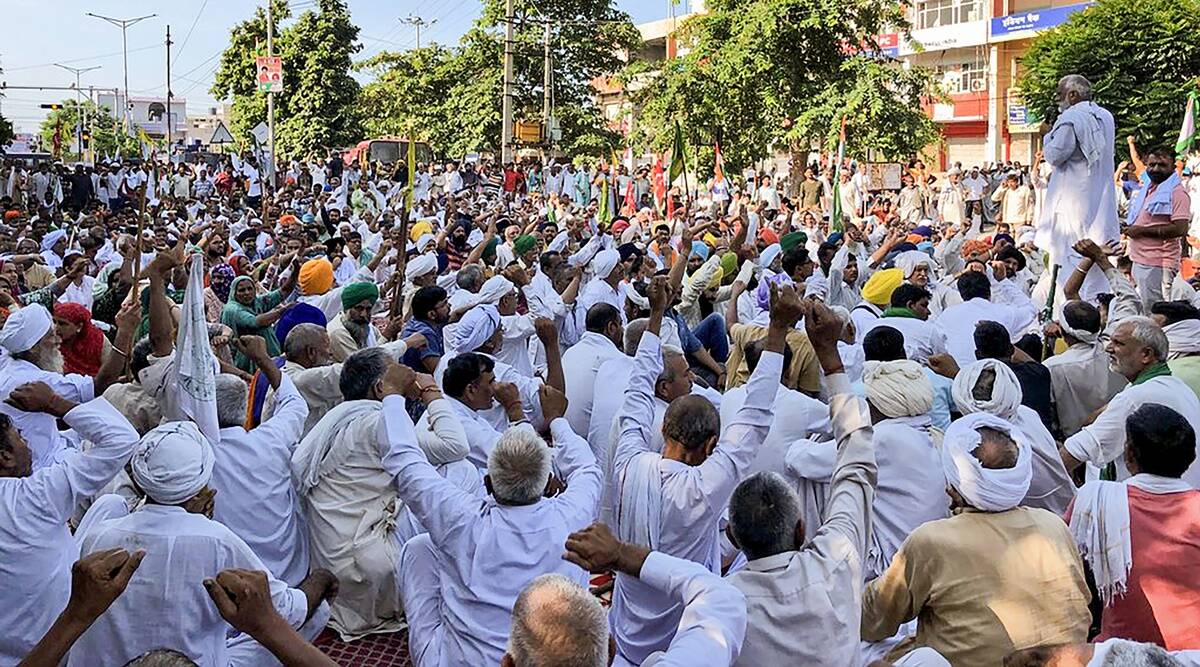 Karnal standoff: Farmers’ meet with govt ends on ‘positive note’, next round of talks today

This was the third time talks occurred between rancher pioneers and government officials.

WHILE THE gherao of Karnal’s small mini secretariat proceeds, a gathering between Haryana government officers and farmer leaders held Friday finished on a “positive note”. The following round of talks will be held at 9 am on Saturday.

This was the third time talks occurred between farmer leaders and government officers.

From the public authority side, Additional Chief Secretary Devender Singh and local administrative officers took part in the gathering while BKU leader Gurnam Singh Chaduni and other farmer leaders were there to put forth the views of the protesters.

The farmers are requesting suspension of former Karnal SDM Ayush Sinha for his controversial order to police to “break heads” of protectors if they break the cordon. They are also demanding compensation for the family of a farmer who had sustained injuries in the lathicharge and later died of a heart attack. Cancellation of the FIR lodged against the farmers is another demand of the protesters.

Farmer leaders feel the matter is probably going to be settled during Saturday’s gathering.

Meanwhile, farmers laid attack around the BJP office in Jind for five hours Friday when they came to realize that party chiefs were holding a gathering there. The farmers had arrived at the BJP office breaking police blockade which was installed to halt their movement. They lifted the attack just when the police dealt with the protected exit of BJP leaders from the scene.

In one more piece of the state, farmer Jogender Chokkar, moved on a 40-ft power tower in Samalkha town of Panipat district Friday, requesting SDM Sinha’s suspension. After a lot of persuasion by BKU leaders and officials, he was brought down.