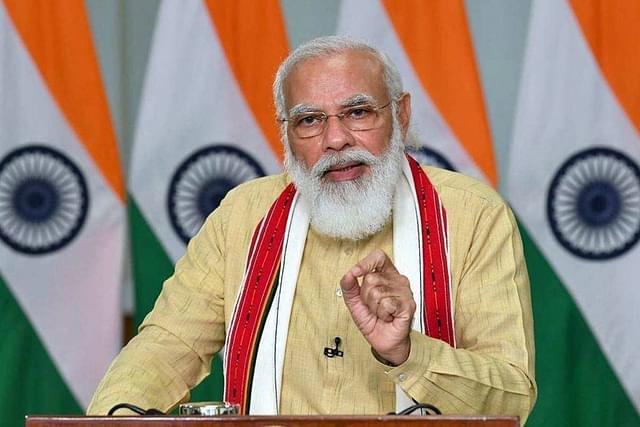 PM Modi shows up in Washington, to meet CEOs of five organizations

Executive Narendra Modi’s motorcade showed up at the Willard Intercontinental, relatively close to the White House,just before 7.30 p.m. on Wednesday on a wet and windy fall evening in Washington. On Thursday, Mr. Modi is planned to meet first with the CEOs of five companies that have invested into India or have significant investment potential: semiconductor and wireless technology manufacturer Qualcomm, renewable energy company First Solar,software company Adobe, energy systems and arms manufacturer General Atomics and investment management company, the Blackstone Group.

Mr. Modi will likewise have three two-sided gatherings: first with Australian Prime Minister Scott Morrison, then with U.S. Vice-President Kamala Harris and finally with his Japanese counterpart Yoshihide Suga. On Friday, he will have two-sided converses with U.S. President Joe Biden and a Quad culmination with Mr. Biden, Mr. Suga and Mr. Morrison. China, Pakistan, Myanmar and Afghanistan are expected to feature in these talks.

Mr. Modi will head to New York on Friday evening and address the United Nations General Assembly on Saturday morning before going to India. India’s involvement in COVID-19, vaccinations, counter-terrorism and reform of the U.N. are likely to come up in Mr. Modi’s U.N. address.

Earlier he commended the Indian diaspora for distinguishing itself across the world as he received a warm welcome from the community on his arrival here.

He was greeted by groups of Indian Americans at the airport soon after his plane landed and later at the hotel where he had an interaction with the members of the community.

“Thankful to the Indian people group in Washington DC for the warm gladly received. Our diaspora is our strength,” the Prime Minister said in a tweet alongside a bunch of photos of his collaboration with the Indian American CEOs.

“It is excellent how the Indian diaspora has separated itself across the world,” Mr. Modi said.

One of the signature events of the Prime Minister’s abroad visit has been his gatherings with the diaspora community in large gatherings. However, because of the current COVID-19 situation, he is probably not going to have a huge gathering or meeting with the Indian Americans who constitute more than 1.2 % of the nation’s populace.