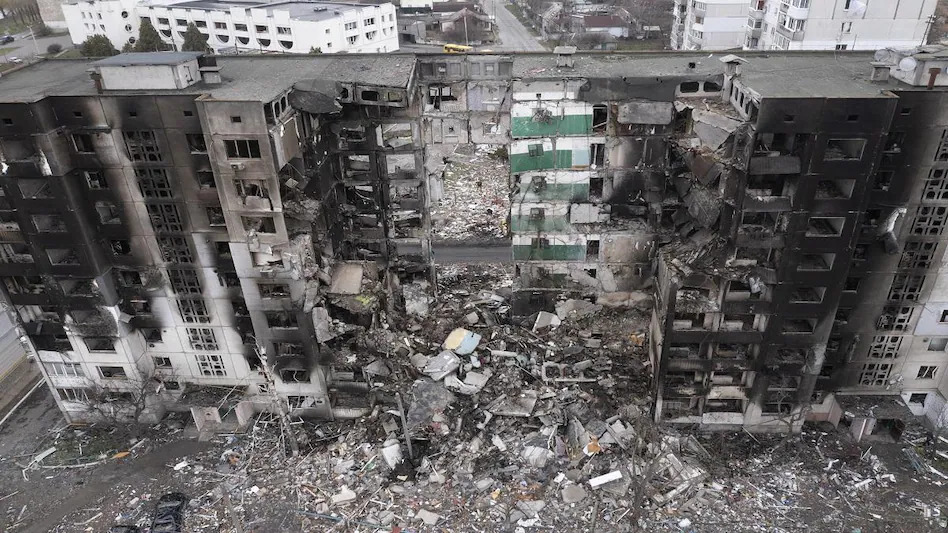 If Ukraine doesn’t agree, it will be like India-Pakistan border

The war between Russia and Ukraine, which started on 24 February, is now going to complete almost one and a half months. Meanwhile, all Western countries including the US, Britain and Germany have condemned Russia in international forums like the United Nations and have imposed many different types of economic sanctions against it.

Russia’s attacks on Ukraine are continuing. Many cities including Kyiv, Kharkiv, Mariupol and Bucha have been destroyed in Russian attacks. So far thousands of people have lost their lives in the war. Amidst tense situations, a group supporting the Russian army in Donetsk, Ukraine has given a a big warning. Eduard Alexandrovich Basurin, the official representative of the Donetsk People’s Militia (DPR), has said that if Ukraine does not accept Russia’s demands, the situation will become like an India-Pakistan, India-China border.

Basurin said that everyone knows that Western forces in Ukraine are trying to destroy the Russian Federation. Those people are not going to stop, their next target will be India. The spokesman said that the whole world knows that India-Pakistan, India-China border are two such areas, whose solution has not been found for years.

In Mariupol, the Russian Federation called on the people of the port city to lay down arms in exchange for a secure humanitarian corridor, he said. At the same time, we also want to implement demilitarization and demonetization in this area, if these demands are not fulfilled in Mariupol, then the situation will be like India-China, India-Pakistan border.

Why will India be the target?

He said that in India also there are problems like regional, language, faith. Everything that was the cornerstone in Ukraine is the same in India. This is the reason why I understand why India is watching the developments in Ukraine at this time. Basurin said that if whatever is happening between Russia-Ukraine at this time, India should support Russia. Appealing to India for support, he said, “If five per cent of your (Indian) population helps us, we will win and this war can be ended.”

Not blindly but help India

He said, I am not asking India to help us blindly. You can help in many ways. The neutrality stance in the UN Security Council is also helpful. The Donetsk military spokesman said that our heritage is now becoming history. We are unlucky because all this is happening on our land. He said that we need to think about recovery. But before recovery, emphasis has to be laid on how to win this battle. Because recovery is for tomorrow and victory is for today.

India has condemned the Bucha massacre

He described the news from Boocha as “deeply disturbing” and urged the United Nations to conduct an independent investigation into the matter. This statement given by Tirumurti is considered to be the strongest reaction ever from India on the Ukraine war. Many are also seeing this as a sign of a change in India’s stand on the Russo-Ukraine war.