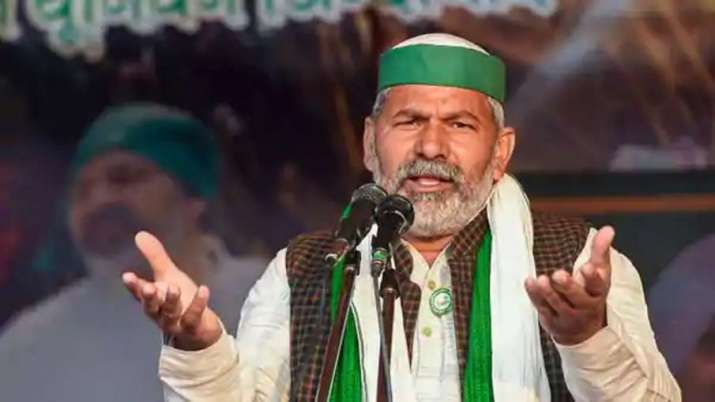 The Kisan movement has completed one year. On this occasion, a crowd of farmers of many states is gathering on the border of Delhi. Rakesh Tikat told Zee Media that the movement will not end until a guarantee law is made on MSP.

New Delhi. The farmers’ movement completed one year on Friday. Last year only on November 26, farmers tried to enter within the borders of Delhi. On the completion of one year of the movement, a large number of farmers are reaching the border since morning. In view of security, the deployment of police forces has been increased on the border of the capital. Farmer leader Rakesh Tikat told Zee Media that the agitation will not end until a guarantee law on MSP is made. Apart from this, he said that his demands have been told by writing a letter to the government.

Farmers will march tractor till Parliament on November 29

Rakesh Tikait said that the movement has completed 1 year. The farmers here have great courage who have been agitating for 1 year. But the government is not taking heed. The question of MSP is big, yet the government should talk. Apart from this, 700 farmers were martyred, talk on that now. The winter session of Parliament is about to begin on November 29, on this day farmers can try to enter the borders of Delhi. In this case, the ticket said that if the roads remain open, they will go away, if they remain closed, they will not go.

Government not ready to talk’

On November 19, Prime Minister Narendra Modi announced the repeal of all three agricultural laws. A few days later, Union Minister Anurag Thakur informed on Wednesday that the Union Cabinet under the leadership of the Prime Minister has completed the formalities to repeal three agricultural laws. But despite this, the farmers’ protest is not over. Farmers are planning to take out tractor march till Parliament. Rakesh Tickett said that the government will talk to the farmers, then the solution will be found. But they are not ready to talk.

Regarding the elections to be held in Uttar Pradesh, Tickett said that he is not in support of any party. Ticket has said that Owaisi helps BJP. They should be kept tied up in Hyderabad.