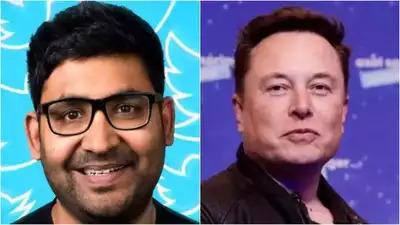 Aggarwal, who was appointed CEO of Twitter last year, had a spat with Musk, both publicly and privately.

As soon as Twitter became the new owner, Elon Musk removed four top executives from this social media company. These include Indian-origin CEO Parag Agarwal, Legal Affairs Executive Officer Vijay Gadde, Chief Financial Officer Ned Sehgal, and General Counsel Sean Agate. According to people familiar with the matter, Cyan Agate has been pulled out of the building. Cyan was associated with this company from the year 2012. According to Bloomberg, Musk’s first objective is to change leadership as soon as he becomes the owner of the company.

Shareholders will be paid $54.20 per share, and Twitter will now operate as a private company. Let us tell you that the Delaware Court of America gave Elon Musk time till 5 pm on October 28, 2022, to complete the deal of the Twitter purchase, putting a pause on the legal battle between Elon Musk and Twitter. Which he has now completed.

Agarwal was appointed as the CEO of Twitter in November last year following the resignation of the company’s co-founder Jack Dorsey. Aggarwal, who studied at the Indian Institute of Technology (IIT), Bombay, and Stanford University, started his job at Twitter more than a decade ago. At that time the company used to have less than 1,000 employees.

According to the news of the ‘New York Times, “Agarwal, who was appointed CEO of Twitter last year, had an altercation with Musk, both publicly and privately. Musk also publicly criticized Gadde’s role in ‘content moderation’ (the process of monitoring and retrenchment of online content).