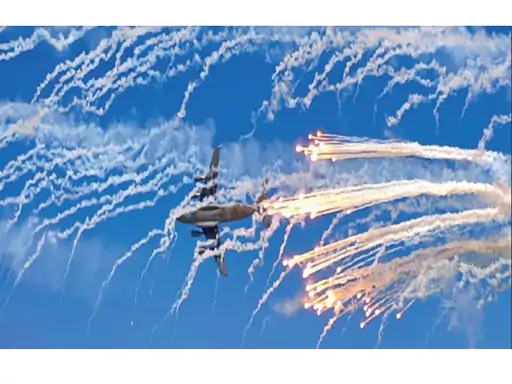 The 5-day Dubai Airshow is underway at Dubai World Central and Al Maktoum Airport. The UAE Ministry of Defense has signed contracts totaling $5.23 billion (Rs 38 thousand crore) with global defense suppliers. This is the biggest show ever since the show started in 1989. More than 370 new exhibitors and representatives from 150 countries are participating in it. Israel is attending the Dubai Air Show for the first time.

Civil and military delegations from more than 140 countries are present here. The show, which runs till November 18, is expected to attract 85,000 people. Watching some of the world’s most impressive military fighter jets and large commercial aircraft take off from the Skyview Grandstand creates a thrill in the spectators. If we talk about India’s participation, the aerobatics demonstration team of the Indian Air Force is present. Along with Sarang, aerobatics teams of Suryakiran and Tejas are showing their mettle.

Representatives from DRDO, HAL and Bharat Dynamics Limited are present in the Indian camp. Vipin Menon of HAL, on behalf of the Indian Defense Industry, explains that Sarang, Tejas and Suryakiran performed feats during the air show. As the Indian government has decided to launch Indian weapons in the global market and we can see here that our weapons and equipment are much better in terms of economy and technology.