Despite Protests, Modi Government Will Not Bow Down On 'Agneepath.' - The Shivalik
Skip to content 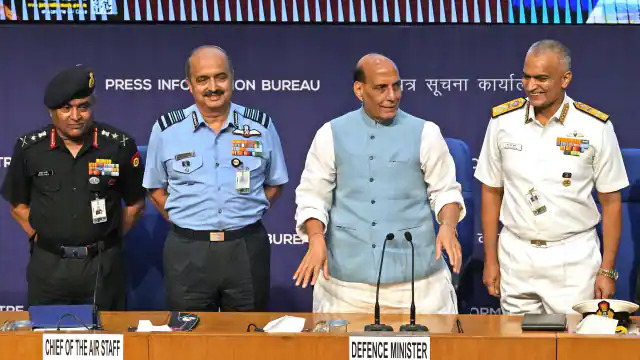 Despite protests, Modi government will not bow down on ‘Agneepath.’

There is a ruckus in most parts of the country regarding the ‘Agneepath’ scheme. The maximum impact is being seen in Bihar. A train was torched by protesters at Motihari station yesterday.

There is a ruckus in most parts of the country regarding the recently announced ‘Agneepath’ scheme by the Narendra Modi government at the Centre. The maximum impact is being seen in Bihar. A train was torched by protesters at Motihari station yesterday. The protesting youth are demanding to withdraw this new recruitment scheme. However, the central government has also made its intention clear. Late last evening, a decision was taken to raise the upper age limit from 21 to 23 only for this year, but the possibilities of withdrawing it were completely ruled out.

The central government has also started preparations to implement this scheme. Support is also being received from many departments and state governments. He has talked about giving priority to Agniveers in government jobs. Indira Gandhi Open University (IGNOU) and National Institute of Open Schooling (NIOS) have announced to start special courses. IGNOU has announced to start graduate courses for them and NIOS has started special courses for class 12th.

According to information provided by the Ministry of Education, the program to be designed and executed by IGNOU will provide 50 percent of the credit required for graduation from skill training, which includes both technical and non-technical training received by Agniveer.

The Ministry of Education said that it would prove beneficial for the Agniveers to acquire adequate educational qualifications and skills.Through this they will be able to play productive role in social life.This special program of NIOS will facilitate enrollment, development of courses, student support, self-learning material, accreditation of study centres, personal contact, assessment and certification.

In the first year, three percent Agniveers will be
in the armies. At any time in future the number of Agniveers shall not exceed 50 per cent of the total strength of the Armed Forces. That is, up to 50 percent of Agniveer jawans can be appointed in the armies.

A Frequently Asked Questions (FAQ) has been issued by the Defense Ministry on Thursday regarding the Agneepath scheme.It has been said that young and experienced personnel will be included in the army, which will be up to a maximum of 50 percent.However, in the first year, only three percent of Agniveers will be appointed in the three services.

The ministry said that the Agneepath scheme will not reduce the recruitment opportunities in the Armed Forces, but three times more youth will be recruited as compared to the existing recruitments. In this way the opportunities for youth to join the armed forces will increase. It states that no changes are being made to the regimental system of the Army. Rather, the Agniveers would be deployed in units in as much harmony as possible.

The government rejected the
speculations being made about the future. It said that Agniveers would be given priority in jobs in paramilitary forces, state police forces. Also, Agniveer who want to start his own venture will be provided bank loan and financial package for this. They will be given a certificate of 12th pass and bridge course so that they will also have the option to continue their studies further.