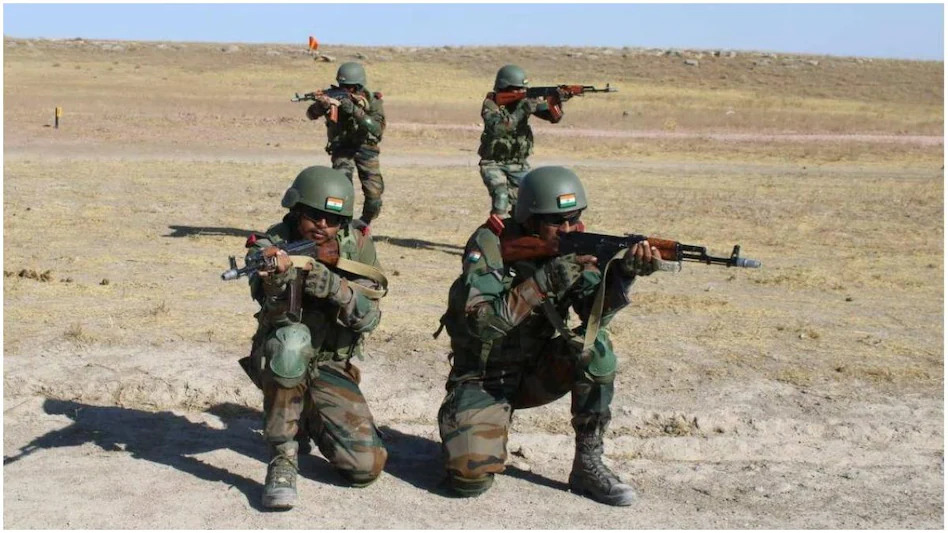 Agneepath scheme: What will happen to the ‘Agniveers’ after four years

A new scheme has been launched for the recruitment of soldiers in all the three branches of the Indian Army. The name of this scheme is Agneepath, under which the soldiers will be recruited for 4 years and they will be called Agniveer.

After getting the approval of this plan from the Union Cabinet, from the ministers of the Central Government to the Chief of the three Army, are praising this new scheme. While on the other hand the opposition is raising questions. In protest, students have also come out on the streets at some places. So some defense experts are also not happy with this plan.

What is Agneepath Scheme?

For the first time in the Indian Army, such a scheme has been launched, in which soldiers will be recruited for short term. Under this scheme, about 40-45 thousand youth will be inducted in the army every year. These youths will be between the age of 17 and a half years to 21 years. These recruitments will be done on the basis of merit and medical test. In these four years, the soldiers will be given basic military training of 6 months. 30-40 thousand monthly salary along with other benefits will also be given. 30 thousand in the first year, 33 thousand in the second year, 36500 in the third year and 40 thousand in the fourth year. After the completion of four years, the service of all these Agniveers will end and then new recruitments will be made. 25 percent of the Agniveers who finish their service will be recruited in the permanent cadre.

What are the protests against?

Issuing a statement on the Agneepath scheme, Congress’s Chief Spokesperson Randeep Surjewala claimed that from the military experts to the top officer of the three services, questions are being raised on this scheme of the central government and some people are also saying that by doing this, Modi The government is playing with the tradition and identity of the Indian Army.

Will the permanent recruitment of the army be completed by four years of contract recruitment? The history, tradition and discipline of the Indian Army will be able to come from this four-year recruitment. Specialist cadre is required in the Navy and Air Force and it takes one and a half to two years for their training and some time is also spent in understanding the advanced equipment, so how will the training be done in the recruitments under the new scheme. Apart from weapons, tanks, artillery, guns, missile units, there is a need to understand technical things, in such a situation how these soldiers will be able to be trained within three months.

What will happen to the youth after four years?

After four years, when the service of Agniveers will end, what will be their future, this question has been told by the Congress as the most important. Randeep Surjewala asked that at the age of 22 to 25, how will these youth make their future without any additional degree. Surjewala said that is it not true that when regular soldiers also return after 15 years of service, most of them get the job of guard or security guard of the bank. In such a situation, what will happen to these youth who are recruited on contract.

Defense expert PK Sehgal says that this scheme is not right. The youth who will join, after four years, they may be disappointed. Sehgal said that when someone retires from the army or other forces, they do not get a better job by coming to the civil. These Agniveers can be radicalized very easily and can be easily used for other purposes.

PK Sehgal said that more than 55 thousand highly skilled jawans retire from the three services, out of which only 1 or 2% people get jobs after retirement, in such a way, the government has not been able to explain how the Agniveers will get jobs. At the same time, PK Sehgal said that it takes 7 to 8 years for a better soldier to be prepared in the army, in such a situation, if the Agniveer will be given only 6 months of training, then how will he become a better soldier.

Apart from Sehgal, Lt Gen Vinod Bhatia, a former DGMO of India Army, has called this scheme a bell for the armed forces. He said that there is a danger of militarization of the society due to this scheme without direct recruitment of pilot project.

Students on the streets

Meanwhile, youth have also started taking to the streets. In Bihar’s Muzaffarpur and Buxar, youth have come out on the streets to protest against this scheme. The train has been stopped. The youth are questioning that 25% of Agniveers will be inducted into the permanent cadre after the end of the contract, but what will happen to the remaining 75% Agniveers after four years. The government will give them allowance, but where will the job come from?

Will RSS-BJP workers be recruited?

At the same time, Chhattisgarh Chief Minister Bhupesh Singh Baghel said that if you teach the soldiers to use guns and leave them in the society, if you will recruit 18-year-old youth and leave the gun license, then what do you want to make of the country? CM Baghel said that the intention of the government is not right, it is not the aim of the government to provide employment, they are trying to mislead the youth.

Government’s argument on the questions arising

On such questions, it has been told by the government that Agniveer who will be out of this scheme after four years will be given a lump sum of Rs 11 to 12 lakh under the service fund package. Apart from this, awards, medals and insurance cover will also be given to the Agniveers during the service like the permanent soldiers of the three services. Apart from this, it has been told by the Union Home Ministry that in this scheme, it has been decided to give priority to Agniveers who have completed 4 years in CAPFs and Assam Rifles. The youth trained by ‘Agneepath Yojana’ will be able to contribute in the service and security of the country even further. The work of making a detailed plan on this decision has started.