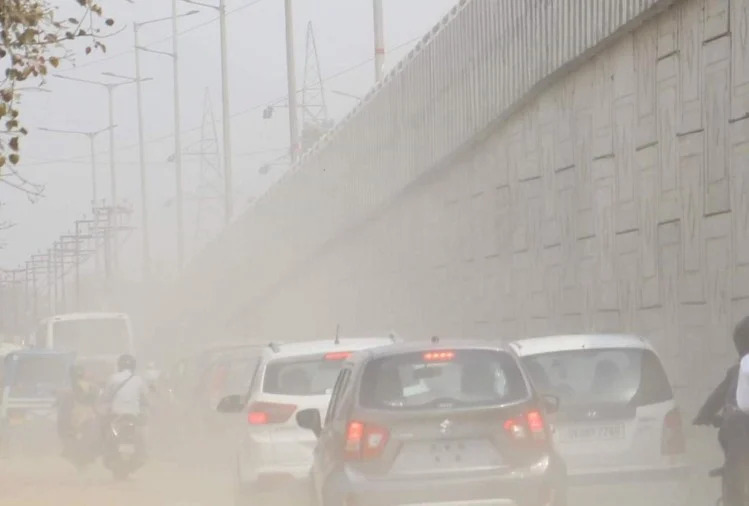 Dehradun Air Pollution: The  level of hazardous elements present in the air level in the capital remains alarming. The level of air pollution in general increases after Diwali. Although there has been some reduction during the last few days, but now due to the bad air in Delhi, Uttarakhand is also being threatened.

The pollution level has not improved even after several days in Dehradun, the capital of Uttarakhand. The spurt in air pollution and Air Quality Index (AQI) post Diwali is still there. Due to this, the risk of suffocation in breathing in Doon has also increased. According to doctors, these dangerous elements present in the air can cause harm. Especially patients with respiratory problems may have to suffer due to this.

There is a danger of impact on Uttarakhand as well.

The level of hazardous elements present in the air level in the capital remains alarming. The level of air pollution in general increases after Diwali. Although there has been some reduction during the last few days, but now due to the bad air in Delhi, Uttarakhand is also being threatened.

If this happens then people may have to face more trouble. At present, according to the Air Pollution API, the other AQI remains 86 in Doon, which is satisfactory. At the same time, the AQI of PM 2.5 remains 449, in the morning the AQI of PM 10 remains 425, which is a very dangerous level. Apart from this, 65 percent moisture has also remained in the air. There has been a satisfactory reduction only in the level of O3 AQI.

Pollution puts on the body
Amidst the severe level of pollution in Delhi-NCR, being in the open for a long time has a direct effect on the body. Along with the respiratory system, it affects the blood and kidneys. Let us know which parts of the body different pollutants make sick.

Months of Dust Particles, PM 10 and PM 2.5: PM 10 and PM 2.5 have been defined on the basis of size. The particles whose size is 10 micrometers or less are called PM10. Whereas particles of 2.5 micrometers and less in size are called PM 2.5. The more dangerous of these is PM 2.5. It gets mixed in the blood through the lungs with the help of breath. The World Health Organization is now asking member countries to prepare a standard for the finer particulates PM1.

Poisonous gas harmful
Nitrogen Oxides:  Oxides or NOxes of nitrogen are formed by the smoke emitted from the burning of petrol, diesel and coal. If it rains in the midst of their high presence in the atmosphere, it makes it acidic.

Carbon monoxide: This is a poisonous gas. It is produced by the burning of gasoline, kerosene, oil, propane, coal, or wood. This harms the health of the people.

Sulfur dioxide: This gas is formed by the use of power equipment, fuel and emissions from industrial units.

Methods of protection,
no activity of any kind should be done in the open.
Do not go for morning walk.
Refrain from stepping out of the house.
Long-term exposure to severe levels of pollution has extremely bad effects on health.