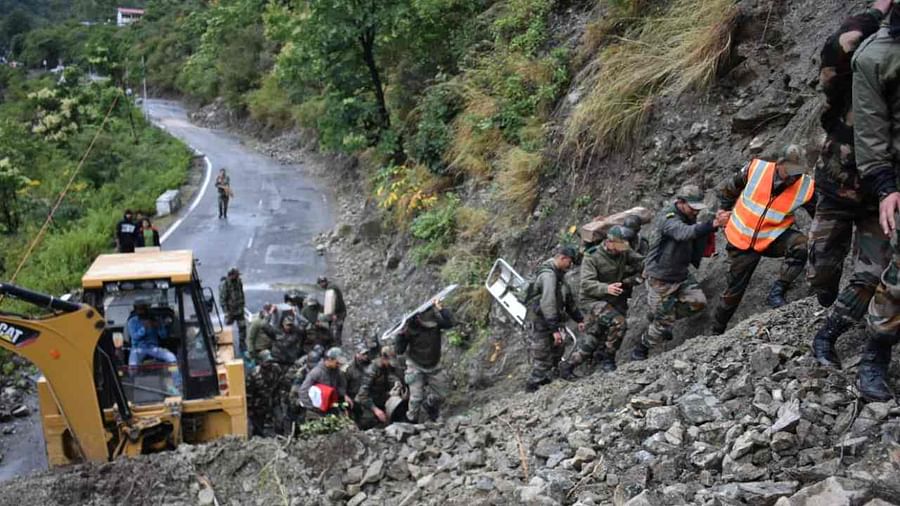 Uttarakhand: Tourism stalled due to disaster

This time the hotel and restaurant businessmen were expecting good business in October but the disaster broke the back of the tourism business. Traders in Kumaon say that business has suffered a loss of more than 100 crores here.

In Uttarakhand (Uttarakhand disaster), tourists come to visit more in this season, but this time due to the disaster in the state, tourism business has come to a complete standstill in Kumaon division. So far, the tourism industry in Kumaon division has suffered a loss of more than Rs 100 crore. This time, as soon as the Bengali season started, disaster struck the state. For this reason, the places where tourists come the most in this season. Those places are now lying vacant and the tourism business has completely faltered.

The tourists who came here to enjoy the valleys of Kumaon have also returned after seeing the sight of landslides and broken roads. All the surrounding areas including Nainital, Almora, Pithoragarh, Champawat, Bageshwar, Munsiyari are almost empty. According to tourism businessmen, there are more than 5000 small and big hotel resorts in Kumaon division where thousands of people have got employment. The situation is that even the advance booking done till November is now being canceled.

Estimated loss of more than 10 lakhs

Due to the incessant rains, there were many places where tourists got stuck, but the tourism department claims that tourists are not trapped in any place. District Tourism Development Officer Lata Bisht says that the security wall of three tourist places Tanakpur, Champawat and Lohaghat in the district and some other damage has been done. The report of the damage survey has not come yet, but the loss is estimated to be around ten lakh rupees.

This time the hotel and restaurant businessmen were expecting good business in October but the disaster broke the back of the tourism business. Businessmen are estimating a loss of more than 100 crores in Kumaon, while in Pithoragarh district itself, the tourism business has suffered a loss of more than three crores. One crore belongs to Kumaon Mandal Vikas Nigam alone and about two crores belong to private hotels and restaurants in and around Pithoragarh.

Before the divine disaster, not only Nainital but Bhimtal Bhawali, from Ramgarh Mukteshwar to Kausani, 90 percent of the hotels had been booked, but after the disaster, the tourists had also canceled the booking. Due to this the tourism business has suffered a lot.