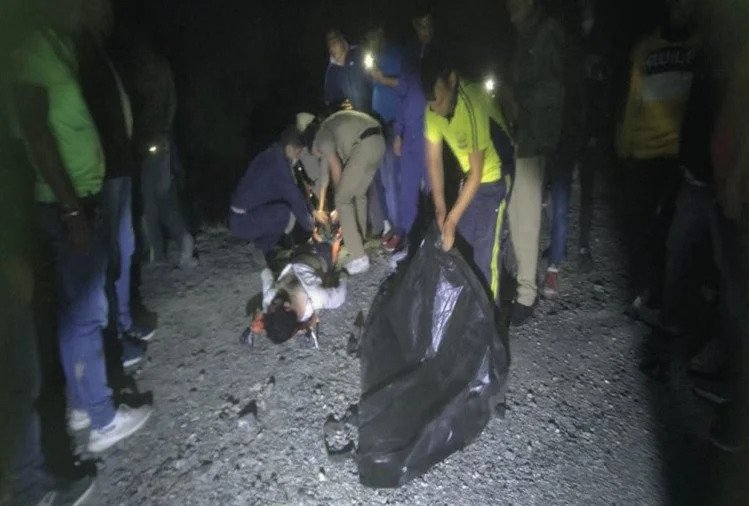 Tejpal Singh and Narendra Rana died in this accident that took place on Thursday night in New Tehri. While Deepak Kumar was seriously injured.

A car fell into a gorge about 400 meters deep on the Tipri-Kandikhal motor road in New Tehri, Uttarakhand last night. Two people have died in the accident. There is one injured. The local police and SDRF team reached the information and rescued the injured and the dead from the ditch.

Two people on the spot death, according to information on a Wagon r car near Geraband arches village (number went crashed the UK 09 A 9329) falling below 400 m from the road through unchecked.

There were three people in the vehicle. In which two people died on the spot. While the driver got injured. The injured have been admitted to the district hospital Bauri for treatment. It is being told that all the three persons were employees of cooperative banks and societies. The trio were returning to Tehri from the wedding ceremony at 11 pm on Thursday.

Said that the cause of the accident could not be ascertained. Filling the Panchnama of the dead in the morning, the bodies have been sent to the district hospital for post-mortem.