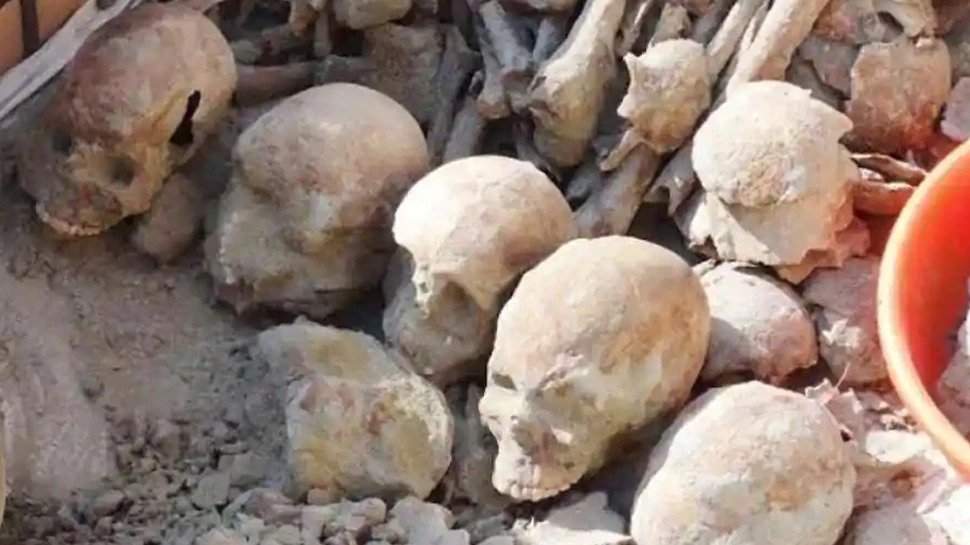 Human Skeletons: Massive skeletons were found in 2014 in Ajnala, Punjab. These remains were extracted from the well. Now scientists have solved the mystery of the skeletons. They say that all those who died were of North Indian origin and were killed by the British Army.

Mystery Solved: The mystery of human skeletons found on a large scale from a well in Ajnala, Punjab has been solved. Scientists from the Center for Cellular and Molecular Biology (CCMB), along with other researchers from Panjab University, Birbal Sahni Sansthan and Banaras Hindu University, have found that there was massacre at Ajnala and Indian soldiers were killed and their bodies were thrown into the well. was given.

Historians had said this thing

Scientists gave this information after DNA and isotope analysis of the remains from the old well of Ajnala. He told that these 160-year-old skeletons belong to the people living on the banks of the Ganges. Many historians have believed that these skeletons belonged to those killed in the riots during the partition of India and Pakistan. Whereas in some historical documents it is mentioned that the skeletons are of martyr Indian soldiers, who revolted against the British government in 1857.

Skeletons were removed in 2014

However, due to the lack of scientific evidence, there has been a long debate on the identity and geographical origin of these soldiers, but now much has become clear. Let us tell you that the remains of human skeletons were extracted in 2014 from a well in Ajnala, Punjab. In order to ascertain the actuality of these skeletons, Dr. JS Sehrawat of Punjab University along with scientists from Center for Cellular and Molecular Biology (CCMB) Hyderabad, Birbal Sahni Institute, Lucknow and Banaras Hindu University (BHU) collected DNA and isotopes of the remains. studied. In this study, DNA tests of bones, skull and teeth have confirmed that all those who died are of North Indian origin.

This is how the truth came out

In the research, 50 samples were used for DNA and 85 samples for isotope analysis. DNA analysis helps to understand the genetic relationship of people and isotope analysis sheds light on food habits. Both the methods supported that the human skeletons found in the well were not of people living in Punjab or Pakistan, but DNA sequences matched with those of UP, Bihar and West Bengal.

‘Results in line with historical evidence’

Dr. K. Thangaraj, Chief Scientist, CCMB said that the research results help in establishing history in an evidence-based manner. The study also shows the usefulness of DNA-based technology in the investigation of historical myths. At the same time, Dr JS Sehrawat, the first author of the research, said that the results of the research are in line with historical evidence that the 26th Native Bengal Infantry Battalion consisted of people from the eastern part of Bengal, Odisha, Bihar and Uttar Pradesh.

Soldiers were stationed in Mian-Mir

According to historical records, this battalion was stationed in Mian-Mir, Pakistan and its soldiers were killed by British officers in the rebellion. Actually, the British army had caught them near Ajnala, then after killing them, their bodies were thrown into the well. The team’s lead researcher and ancient DNA expert Dr Neeraj Rai said that the scientific research conducted by the team helps to look at history in a more evidence-based way. Professor Dnyaneshwar Choubey of BHU’s Department of Zoology, who played a key role in the DNA study, said the findings of the study will add an important chapter in the history of the unsung heroes of India’s first freedom struggle.