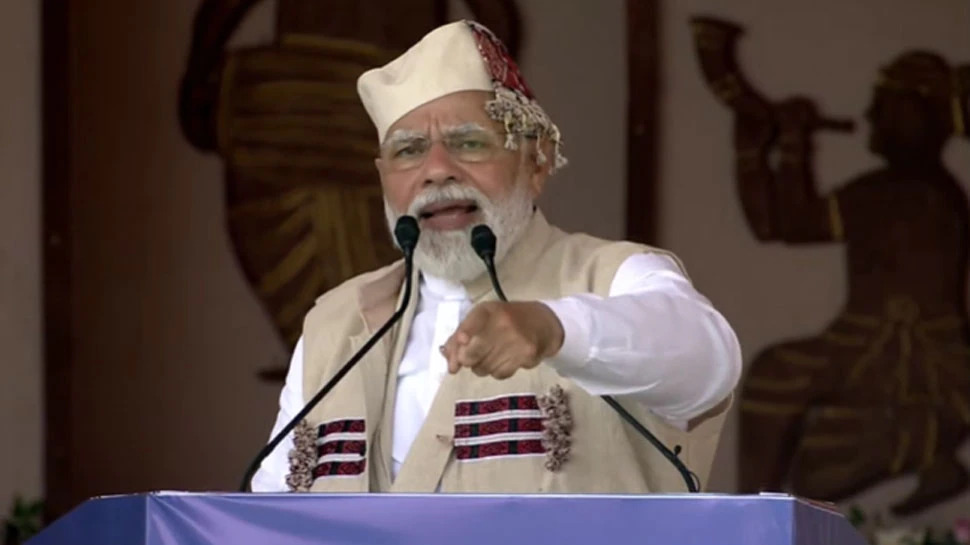 While addressing the rally, PM Modi said, ‘Whenever I have got a chance to come among you, seeing your immense love, your belongingness, I feel as if I am getting the blessings of God. You people have come here in such a large number, they have also come in their traditional dress, for this I express my heartfelt gratitude to you.

He said that it is a happy coincidence that today when the country is celebrating the nectar festival of independence, then we are also celebrating the 400th birth anniversary of the great son of this earth, Lachit Borphukan. His life is an inspiration of patriotism and national power. I bow to this great hero of the country from Karbi Anglong.

Prime Minister Modi said that wherever BJP’s double engine government is, it works with the spirit of Sabka Saath, Sabka Vikas, Sabka Vishwas and Sabka Prayas. Today this resolve has been strengthened again on the soil of Karbi Anglong. The foundation stone laying programs that have taken place today are not just the foundation stone of any building, it is the foundation stone for the bright future of the youth here. Now with proper arrangement for higher education here, even the poorest of the poor will be able to give better education to their children.

‘After 2014, the troubles in the North East are decreasing steadily’

PM Modi said, ‘The agreement that was reached for the permanent peace and rapid development of Assam. The work of getting him down on the ground is going on at a fast pace today. Better work is also being done for the rehabilitation of the comrades who have returned for nation building, leaving arms. All of you have gone through a lot of hardships for a long time in the last decades. But after 2014, the difficulties in the North East are decreasing continuously, people are developing.