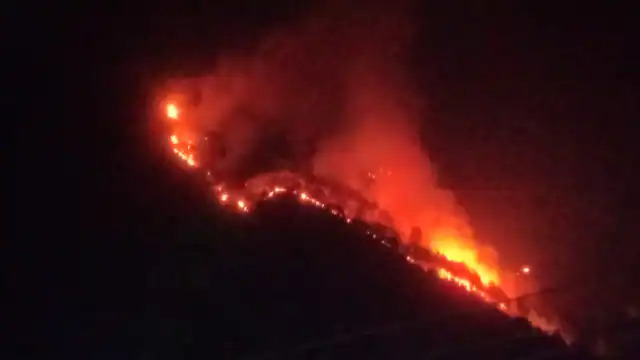 Uttarakhand: In the last 24 hours, fire broke out in 88 places in the forests

So far, in terms of fire incidents, Bageshwar is second with 57 incidents and Uttarkashi is third with 56 incidents. At the same time, 20 incidents of fire have been reported in different divisions of Nainital district this season, in which about 21 hectares of forest have been burnt.

There was no incident of fire in Udham Singh Nagar district on Monday. The fire reached two populated areas in Champawat on Monday. In this season so far 18 hectares of forest have been burnt in the district. There have been 20 incidents of forest fire in the reserved forest area in Pauri, Garhwal Forest Division. In this, 42.65 hectares of forest has been affected by fire. At the same time, 9 incidents took place in the Civil Forest Division.

The incidence of fire has started increasing along with the temperature. The department is fully alert about this. Help is also being taken from SDRF. Local people are also being made aware. People are being appealed to save the forests from fire and immediately inform the department.