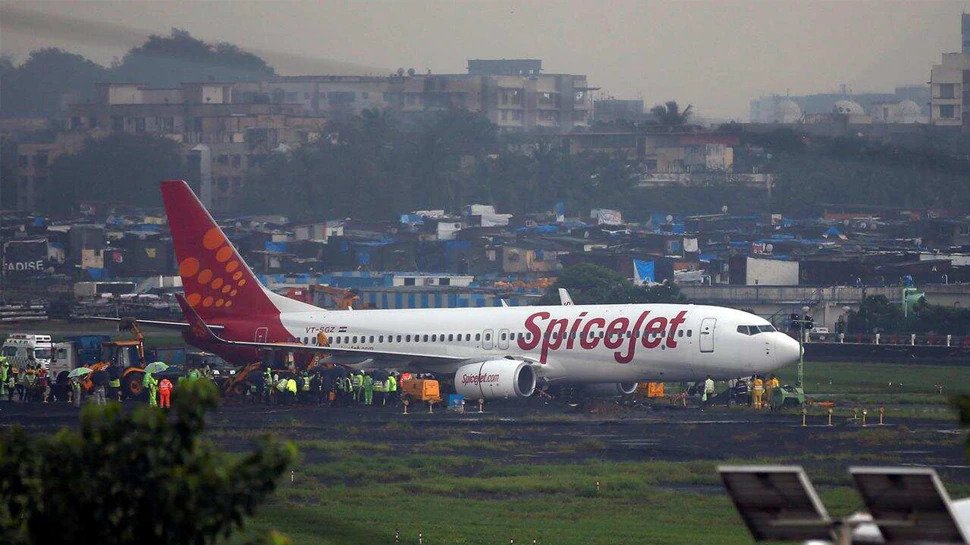 On Sunday, a SpiceJet Boeing B737 aircraft going from Mumbai to Durgapur in West Bengal got stuck in a turbulence. Due to this, about 40 passengers aboard were injured. Of these, 10 are said to be in critical condition. However, due to the intelligence of the pilot, the plane landed on the runway safely. The injured are being treated in the hospital.

According to media reports, the plane was landing at Kazi Nazrul Islam Airport in Durgapur, when it got stuck in the Baisakhi storm. After which the luggage kept in the cabin started falling due to the wobble of the flight and due to this about 40 passengers were injured.

SpiceJet assured of help
According to the report of Hindustan Times, the pilot had signed the seat belt as soon as he realized the danger. Even after this, two passengers were seriously injured after colliding with the food trolley. An unnamed official was quoted as saying that the food service should have been stopped if the seat belt was signed. Also, all the passengers should have reached their seats, but all these things were ignored.

The injured were immediately admitted to the hospital as soon as the flight landed. Expressing regret over the incident, SpiceJet spokesperson has also spoken of all possible help to the injured.