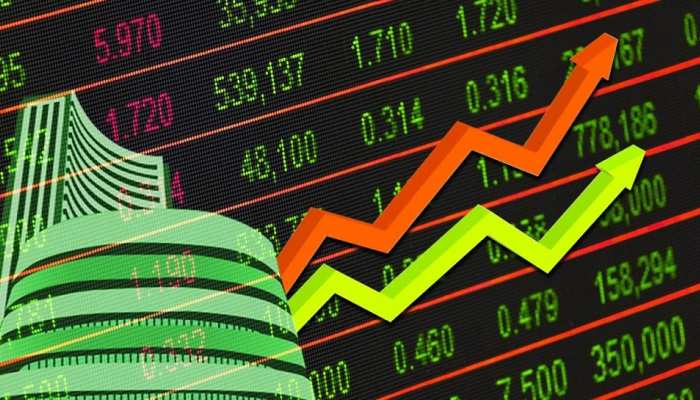 Share Market Open: There are mixed signs for the Indian stock market today. Similar is the case with Asian markets. The stock market opened with a boom today. Both Sensex and Nifty opened with gains and are trading in the green mark.

The Indian stock market has opened today with strong global cues. Mixed signs are seen in Asian markets. On Monday, the US market closed with gains. Its effect is being seen in the Indian market today. Both BSE Sensex and Nifty are trading in the green mark. Sensex is trading 457.74 points or 0.78 percent higher at 58,868.72. Nifty is trading 139.20 points or 0.80 percent higher at 17,451. About 1433 shares have risen, 443 shares have declined and 83 shares have remained unchanged.

During the initial trade, all the Sensex shares were trading in the green. Wipro, UltraTech Cement, Mahindra & Mahindra, ICICI Bank, Maruti Suzuki India, and State Bank of India were in the list of top gainers. All sectoral indices are trading in green with Auto, IT, Auto, Capital Goods, and Power.

ACC Cement has a net loss of 87.32 crores in the September quarter. The company’s earnings have been affected due to an increase in fuel costs. The company had a profit of 450.21 crores in the same quarter a year ago.

Brent crude prices remain soft. Brent crude is trading near $92 per barrel in the international market. US crude is at $86 a barrel.

If we look at the movement of Asian markets, SGX Nifty gained 0.88 percent and Nikkei 225 saw a 0.78 percent gain. The Straight Times saw a weak 0.12 percent. Hang Seng is up 0.40 per cent. Taiwan’s Weighted is up 0.39 percent and Kospi is up 0.20 percent. At the same time, the Shanghai Composite flat is visible.