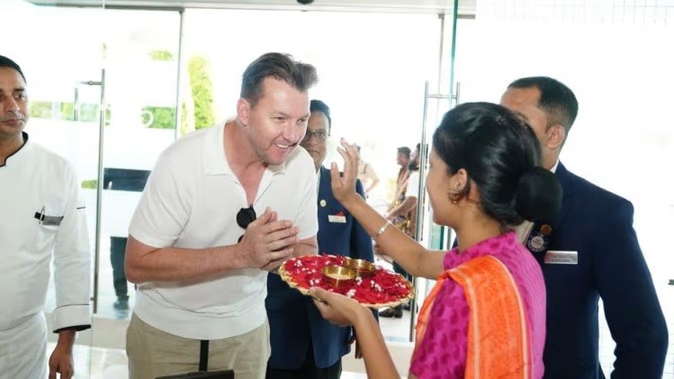 Players from Australia, South Africa, West Indies, and Bangladesh have reached Doon for international cricket matches to be held under the second edition of Road Safety World Series-2022. While the players of other countries along with the stalwarts of the Indian team will also reach Doon today i.e. by Tuesday evening. The series will start from September 21 at the Rajiv Gandhi International Stadium in Doon.

People were excited to take selfies with the players who came out of the airport under the tight security of private security and police. One match each day will be played from 21 to 24 September. While two matches will be played on 25 September. Tuesday i.e. today some players from all the four teams will go to practice in a private academy. While the legends of India, Sri Lanka, England and New Zealand will reach Dehradun on 20 September.

The first match will be between West Indies and New Zealand