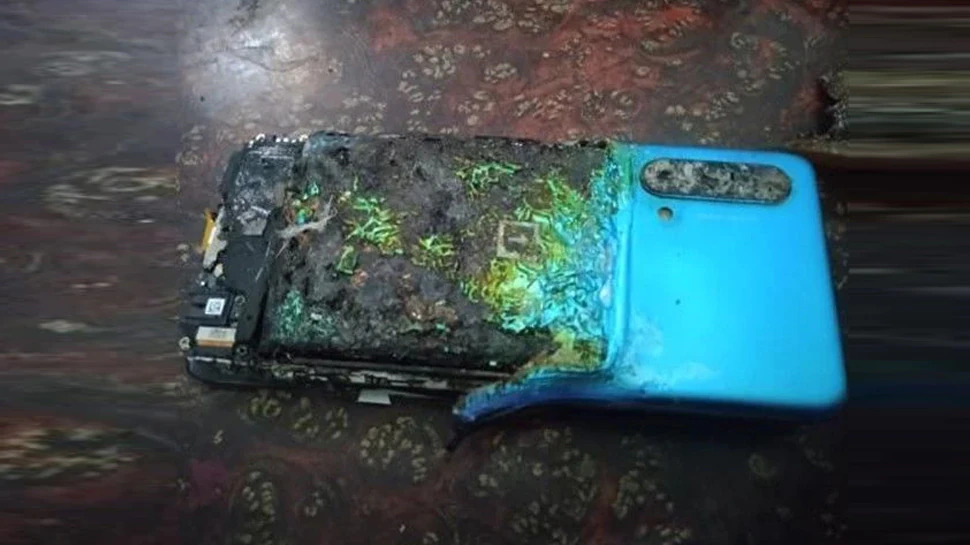 OnePlus is in the news again, this time not because of the new smartphone launch but because of the explosion of the smartphone. This time the OnePlus Nord CE exploded like a bomb. As soon as the person took the phone out of his pocket, it exploded.

New Delhi. OnePlus has been facing a lot of criticism recently due to the explosion in Nord Series smartphones. In the last few months, there have been such news of OnePlus Nord 2, which has surprised everyone. Now, another OnePlus device has joined the blast incident in India. This time around, it’s not the Nord 2 but the OnePlus Nord CE. After the incident, the user tweeted angrily tagging the company on Twitter.

A Twitter user named Dushyant Goswami shared pictures of the alleged explosion of the OnePlus Nord CE smartphone, he said that the phone exploded as soon as it was taken out of the pocket. He said the device was purchased about six months ago. Along with posting it on Twitter, Goswami also posted the incident on LinkedIn. However, the post related to the incident has now been taken down by the user and he claims that the OnePlus team has promised to send him a new unit.

Company will give new unit

In the original tweet (now deleted) about the incident, he said: “I have a phone from very popular brand OnePlus, which promises best quality. My phone is only 6 months old and it really exploded yesterday , when I took it out of pocket. It is not only bad but also fatal. Will the brand be responsible for the accident?

He had also shared pictures with text, which showed a completely damaged smartphone from the front and back. All major parts of the device including the battery, display and camera were completely destroyed. So far OnePlus has not given any official statement regarding this incident. As mentioned above, in the past too, there have been some instances of OnePlus Nord 2 smartphone explosions, but the company has not shared any specific information about the reason behind it.