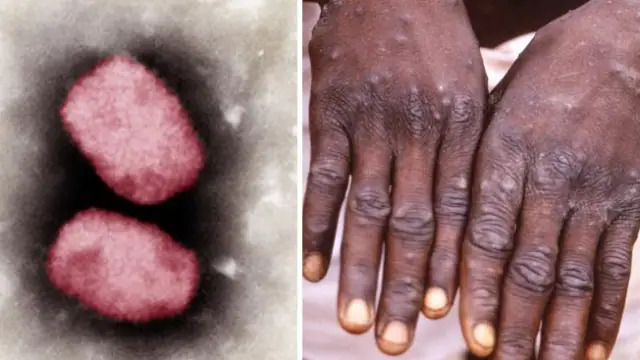 Monkeypox virus in Uttarakhand, monitoring of those coming from abroad

An alert has been issued in Uttarakhand regarding monkeypox virus. Those coming from abroad will be monitored. The Health Department has issued an advisory. A report has been asked to be made on showing symptoms.

After receiving monkeypox virus in many countries of the world, an alert has been issued in Uttarakhand regarding it. All the hospitals have been asked to screen the patients coming to the OPD as well as report to the higher level immediately if they show symptoms. In the advisory issued by the Directorate General of Health, instructions have also been issued to private hospitals regarding monkeypox.

Health Department officials said that if anyone comes from countries where monkeypox patients have been found, then those people will also be screened. On showing symptoms, instructions have been given to isolate and send their sample tests to Virology Lab in Pune. DG Health Dr. Shailja Bhatt has sent instructions to all CMOs and CMS in this regard.

Virus has reached 20 countries
Monkey pox virus has spread to 20 countries of the world. Found in African countries, this disease has reached Europe as well as many other countries. In view of this, WHO and the central government have also issued alerts and advisories. Symptoms of this disease are fever, body aches and fatigue.

After that, lumps start appearing on the patient’s skin. In the third stage, rashes begin to form on the hands, feet, face, mouth or private parts. When severe, the rash and rash become larger and begin to fill with pus.

If a red rash is seen on the body, contact the doctor,
Director General of Health Dr. Shailja Bhatt has appealed to the general public in the advisory that if symptoms like red rash are seen on the body along with fever, contact the doctor immediately. Persons who have returned in the last 21 days from travel to a country where there have been cases or suspects of monkeypox.

He should also get his health checked. Arrangements have been made to isolate patients suspected of monkeypox in identified hospitals. The person concerned will be kept in isolation until a new layer of skin forms over his wounds. The patient will be discharged from the hospital only after the treating doctor decides to end the isolation.