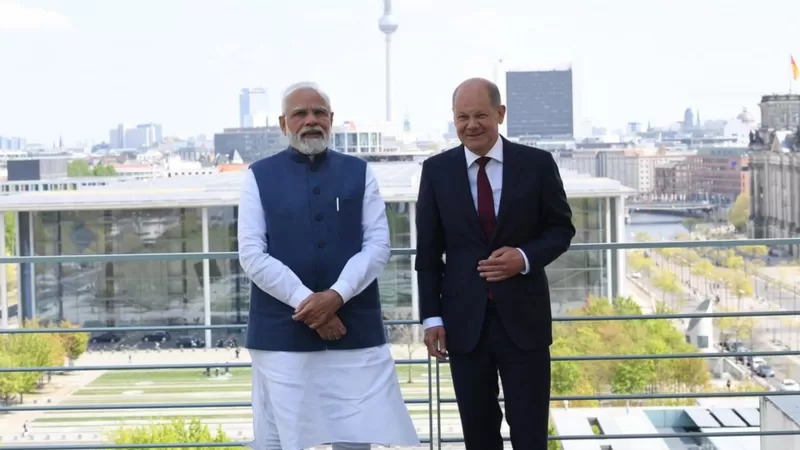 Prime Minister Narendra Modi has returned to the country after a three-day tour of Europe. India’s Foreign Ministry has said that the Prime Minister’s visit has strengthened the spirit of cooperation with Europe.

India’s Foreign Ministry spokesperson Arindam Bagchi tweeted, “The Prime Minister’s three-day visit to Europe has been extremely fruitful. Trade and investment relations have progressed, new green agreements have been signed, cooperation for skill development has been boosted. We have enhanced the spirit of cooperation with European allies.”

Analysts are considering this visit successful from the point of view of foreign policy. At the same time, critics say that this will not affect India’s image at the global level.

Could Modi hit Europe on Ukraine?

Rajiv Bhatia, former Ambassador of India associated with Gateway House thinktank and who has worked in many countries, believes that Narendra Modi has clarified India’s position on Ukraine during his Europe tour and he has been successful in explaining India’s position to Western countries.

Rajiv Bhatia says, “The biggest achievement of this visit of the Prime Minister is that he was able to clarify India’s side on the Ukraine war to European countries.”

Bhatia says, “In the past, when the Raisina Dialogue was held in Delhi, there was a lot of pressure on India from European countries regarding Ukraine, but now the matter has reversed, now it can be said that India’s policy regarding the European country Ukraine war Now they have started saying that India should use its influence on Russia so that talks start on Russia’s side to end the war.

Swasti Rao, an analyst associated with the Manohar Parrikar Institute for Defense Studies and Analysis, also believes that India has kept its policy on Ukraine firmly.

Swasti Rao says, “India’s side of Ukraine is different from Europe. Europe condemns it but India does not. India has also been criticized for this but India has firmly told the world that We need Russia for our defense needs. We also need Russia to remain active in Afghanistan and counter China. We have explained these interests to our European allies and now their attitude has also changed. Now European leaders feel that India can influence Putin to stop the war.”

What did India get?

Prime Minister Narendra Modi first reached Germany on May 2 and held bilateral talks with Chancellor Olaf Schultz here. However, during the press conference of Prime Minister Modi and Chancellor Schultz, journalists were not allowed to ask questions. According to European media reports, it was decided not to ask questions in the press conference on the request of the Indian delegation.

Several agreements were signed between India and Germany, including getting 10 billion euros from Germany for green energy by 2030.

The agreements between the two countries include technical cooperation, promoting the use of renewable energy, reducing greenhouse gas emissions, protecting biodiversity and improving agricultural land use.

After Germany, Prime Minister Modi reached Denmark where the Prime Minister of Denmark welcomed him at the airport. Nine agreements were also signed between Denmark and India.

Rajiv Bhatia says, “The second goal during this visit was to fulfill the needs of India today to move forward in the technology and economic field. India needs more financial investment, technology and business. In this direction, Concrete steps have also been taken during this period. India has made many agreements especially with Germany and Denmark.

Professor Swasti Rao says, “After Prime Minister Modi’s visit, this aspect is clearly visible that the Prime Minister has tried to strengthen India’s business relations with important countries of Europe. Germany is the economic powerhouse of Europe. India if European If it wants to strengthen its relations with the Union, then Germany will also play an important role in it. There should be a mechanism of Inter-Governmental Consultancy between India and Germany, which has been done six times. can discuss.”

What will India get from the Nordic Countries Conference?

After meeting the Prime Minister of Denmark, Prime Minister Narendra Modi also held an India-Nordic conference in Copenhagen. It was attended by the heads of state of five Nordic countries.

Finland, Iceland, Sweden, Norway and Denmark, located near the Arctic Sea, joined India in this conference. This was the second Nordic summit of India. India’s trade with these countries is 10-12 billion dollars and India has been keen to increase it.

The Arctic region is important for scientific studies and all countries want to make their presence felt here. India released its Arctic policy last year.

Swasti Rao believes that it is necessary for India to maintain its influence here and for this it is important to maintain good relations with these countries.

The Nordic countries have their own Arctic Council, in which India has been an observer since 2013. China is also increasing its influence in the Arctic region very rapidly, here it also has the support of Russia.

In the year 2017, China linked its Arctic policy with the BRI (Belt and Road Initiative) policy. China also issued a white paper making it clear that the Arctic is an important area for its strategic interests.

Swasti Rao says, “The countries there also want to balance the growing influence of China, they can do so by supporting India. They are also worried about the increasing influence of China in their region. It becomes important that he maintains strong relations with the Nordic countries.”

On his return, Prime Minister Narendra Modi also met French President Emmanuel Macron. Both the leaders also hugged each other. Macron has recently been re-elected as the President of France.

Swasti Rao says, “Macron is Europe’s most influential leader after the departure of Angela Merkel. The presidency of the European Council is also with France at this time. This organization plays an important role in Europe’s policy making. France is an Indo-Pacific. There is also a superpower. It has its islands here. In such a situation, it is very important for India to maintain relations with France.

India has also been trying to be a part of the Security Council of the United Nations. Analysts believe that for this, India will have to garner the support of European countries.

On whether this trip to Europe will help India in these efforts, Rajeev Bhatia says, “Being a part of the UN Security Council is India’s long-term goal, efforts go on for this. Just like the countries of Europe Expressing respect to India, the Prime Minister of Denmark herself went to the airport to pick up the Prime Minister of India. This shows the respect for India.

“Slowly it has become clear in the capitals of the world that India is emerging as an important power centre. But that does not mean that India’s struggle is over. It is a long effort and success in it. It is difficult to say when it will be found.”

India has openly expressed its stand on foreign policy matters in recent months and has spoken clearly on complex issues of diplomacy.

Rajiv Bhatia believes that in the current geopolitical situation, it has become necessary for India to do this now.

Bhatia says, “Sometimes it happens that when we adopt a policy, we think that others will understand our reasons behind it. But when the government feels that it is not happening, then we should You have to strengthen your voice. India first did this in the United Nations and put its stand firmly. The Foreign Minister of India clarified India’s position during his visit to America. When the European Foreign Ministers on India in Raisina Dialogue When questions were raised, India responded openly to it.”

What do critics say?

At the same time, senior journalist Pranjoy Guha Thakurta believes that even though this visit of Prime Minister Modi is being shown as a success, it has failed in many ways.

Thakurta says that there was also a demonstration against Prime Minister Narendra Modi in Berlin but it was not shown by the media.

Thakurta says, “India’s Godi media did not show the protest against Prime Minister Modi. Journalists could not ask questions, it was not even told. Reporters Without Borders has reported that the freedom of the press has decreased in India, Freedom of expression is being violated. Press freedom is valued in Europe but the reporters in Berlin could not even ask questions to the Prime Minister. Wouldn’t it have hurt India’s image?”

Thakurta also questions the fact that India’s foreign policy in recent months has been successful in many respects.

Thakurta says, “People have their own opinion on how successful Modi ji’s foreign policy is. The Prime Minister said that there should be peace in Ukraine, who is it that there should be no peace. The question is whether this Travel has improved India’s image abroad, I think it has not happened.”

Questioning the agreement reached during a foreign trip, Thakurta says, “There are many agreements to show, but how much is invested later or not, it is a different matter. Nothing concrete has been achieved from this tour.”

The countries of Europe that the Prime Minister has visited are advanced countries and the standard of living there is much higher than that of India.

Thakurta says, “Agreement can increase business. But we have a lot to learn from those countries, are we doing what the government spends on roads, health and electricity, water. Are doing something to take the per capita income at par with these countries.The question is, has Modi ji learned anything from there, is he making some efforts to bring the standard of living there in India? Do the people of India have as much freedom under his government as in these Nordic countries?”