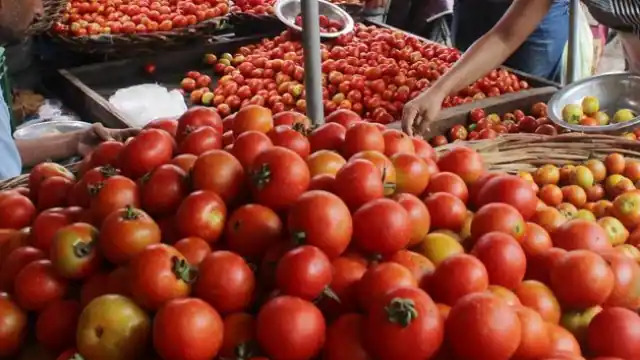 Vegetable prices in bulk did not rise much

Traders say that the prices of vegetables in wholesale have not increased as much as it has happened in the retail market. The price of lemon has come down to Rs 35 per kg, but common people still have to buy it at retail at Rs 125 to 150 per kg. Jai Kishan, the agent of Azadpur Mandi, says that due to the rains, the arrival of some vegetables in the market has reduced. The arrival of tomatoes has also come down, due to which the price has increased slightly.

Two days ago the wholesale price of tomatoes was around Rs 40 per kg, which has increased to Rs 45 to 50. After the rains, the prices of bottle gourd, dry gourd, ladyfinger, bitter gourd and cucumber have also increased. Till two days ago, cucumber in the market was Rs 7-8 per kg, which on Thursday became Rs 10 per kg. Whereas the price of indigenous cucumber was Rs 15 to 20 per kg.

Variation in vegetable prices can also be seen according to the region and the market. While good quality tomatoes were sold at Rs 90-110 per kg in Sadar, Sarojini Nagar, Karolbagh, Rohini and some areas in Delhi on Thursday, the prices of tomatoes in the weekly market ranged between Rs 80-90 per kg. In this way the difference in vegetable prices can be seen according to the region.

In Millennium City till a month ago, people were upset due to the increased prices of lemons. Now tomato has spoiled the budget of the people. Tomato is getting 60 to 80 rupees per kg in retail. Tomatoes are getting out of reach of common man due to increased prices. 15 days ago tomato was getting 25 to 30 rupees per kg. Tomato is being sold in bulk at Rs 35-40 per kg in Khandsa Mandi of Gurugram. Tomato trader Inder Singh Thakran of Mandi said that due to various reasons the retailers are selling tomatoes at double the wholesale price. Trader Krishna Kumar said that the arrival of tomatoes has reduced.

The prices of vegetables have increased by three times within a week due to the rain accompanied by hailstorms in the past. Other vegetables including Ghiya Gobhi Tinda Cucumber Turai Bhindi and other vegetables became expensive. The ghee which was selling for Rs 10 per kg is selling at Rs 30 per kg. Tomato which was selling at Rs 30 a kg till a week ago, today the same tomato is being sold at Rs 60 a kg. Vegetable seller Devendra Goyal says that due to the rain and hailstorm in the last days, the vegetables got spoiled, due to which the rate of vegetables has increased significantly. Shiv Kumar, a small seller of vegetables, says that tomatoes are very expensive at this time.